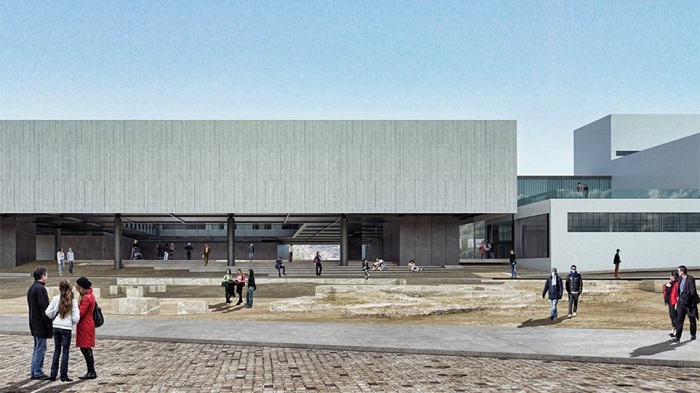 Plans to construct a new Archaeological Museum in Sparta have recently been approved, along with renovations to repair the old museum, which houses thousands of artifacts from the ancient world.
The announcement came a few days ago, following the approval and signing of the new initiative to construct the new facilities by Greece’s Minister of Culture Lina Mendoni.
After the general agreement on the part of the authorities that Sparta needed a new facility, the Stavros Niarchos Foundation also played a decisive role in promoting the new redesign, donating funds for both the construction of the new institution and repairs to the old one.
The reconstruction of two ancient floor mosaics dating back to the 4th century BC which were found during a 20th century excavation has also been approved. They were discovered in the garden of the famous house of Fustanos, Sparta at a depth of half a meter.
These iconic pieces of art, as well as a range of other artifacts within the old museum, would go on to inspire a number of sculptures and artists, including the brothers Nikos and Pantelis Sotiriadis.
Despite the old museum of Sparta being one of the country’s earliest such facilities, it was soon abandoned years later, with most of its pieces currently being stored in warehouses.
Due to Sparta’s humid weather as well as a lack of general maintenance, the structure — as well as the museum artifacts that were left behind — were unfortunately subjected to the ravages of time.
With the generous donations received from the Stavros Niarchos Foundation as well as approval from Minister Mendoni, both the construction of the new Archaeological Museum in Sparta as well as the restoration of the old facilities is now finally closer to becoming a reality.