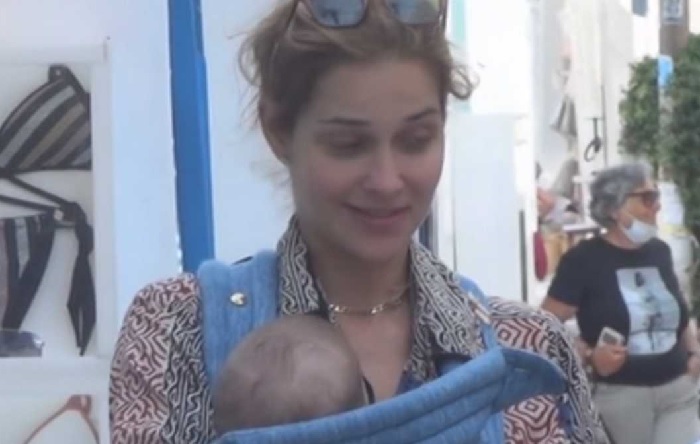 Ana Beatriz Barros, one of the top models in the world, was spotted strolling the streets of Mykonos earlier in the week, holding her second child.
Barros married Greek-Egyptian millionaire Karim El Chiaty on the cosmopolitan Greek island on July 8, 2016. The list of attendees included fellow Victoria’s Secret supermodels Alessandra Ambrosio, Adriana Lima, Isabeli Fontana and Fernanda Motta.
Born on the 29th of May, 1982, in Itabira Brazil, Barros began her modeling career at the tender age of 14 when she was spotted by a director of Elite, a top modeling agency.
She proceeded to win the 1996 Brazillian version of the Elite “Look of the Year” competition, placing second overall in the worldwide competition. After being signed to a modeling contract, Ana landed her first major campaign for Guess, where she worked with fellow Brazillian Ambrosio.
Since then, her career has continued to climb, and she is now one of the world’s foremost models, most notable for her extensive work in Victoria’s Secret and Sports Illustrated.

The lockdown in Greece, imposed to stem the spread of the coronavirus, will gradually ease in two weeks, Greek PM Kyriakos Mitsotakis signaled on Monday.
Ancient Greece

New research from the Academy of Athens argues that the Greeks actually chose Salamis after studying the area's climactic conditions.
Greek News