GRNews
GreekReporter.comGreek NewsUp to 300 Million People May Be Infected by Covid-19, Stanford Guru...

Up to 300 Million People May Be Infected by Covid-19, Stanford Guru John Ioannidis Says 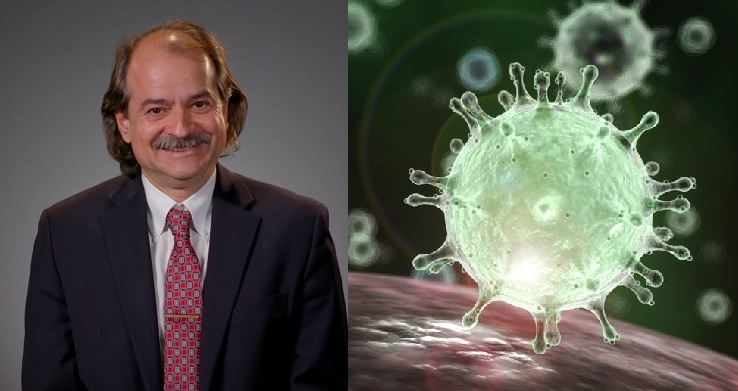 Leading epidemiologist Dr. John Ioannidis of Stanford University estimates that about 150-300 million or more people have already been infected by COVID-19 around the world, far more than the 10 million documented cases.

In an interview with Greek Reporter, the Greek American scientist warns, however, that the draconian lockdowns imposed in many countries may have the opposite effect of what was intended. “Globally, the lockdown measures have increased the number of people at risk of starvation to 1.1 billion, and they are putting at risk millions of lives,” he says.

It was just three months ago, soon after the onset of the coronavirus outbreak in the US, when Dr. Ioannidis wrote an article for the journal STAT excoriating the US and other countries for not conducting enough testing, and deploring how little real evidence there was of true infection rates, which he feared might soar and create widespread societal unrest.

Now, after the world has experienced approximately 490,000 deaths from the virus, Greek Reporter contacted Dr. Ioannidis to ask the professor for his opinion on several points he made in his March 17th article, and what he has observed in the fight against the virus as it has progressed around the globe.

Greek Reporter: You stated at that time, when everything seemed so very uncertain, that the evidence at that point for the number of actual infections was “utterly unreliable” and that the “vast majority” of infections were being missed. How do you think the US and other countries have progressed since then in pinning down the actual numbers of those suffering from the virus? You had said at that time “no countries have reliable data on the prevalence of the virus in a representative, random sample of the general population.” Do you still believe that is true? Which countries have performed the best in this regard?

Dr. Ioannidis:  We have learned a lot within a short period of time about the prevalence of the infection worldwide. There are already more than 50 studies that have presented results on how many people in different countries and locations have developed antibodies to the virus. These numbers are anywhere between 5 times (e.g. Gangelt in Germany) and 600 times (e.g. Japan) more compared to the documented cases, depending on whether a lot or limited testing was already performed in different locations. We know that the prevalence of the infection varies tremendously across countries, but also within countries, within states, and even within population groups in the same location. COVID-19 attacks some disadvantaged and deprived communities (harder), and disadvantage and deprivation means different things in different countries. Of course none of these studies are perfect, but cumulatively they provide useful composite evidence. A very crude estimate might suggest that about 150-300 million or more people have already been infected around the world, far more than the 10 million documented cases. It could even be substantially larger, if antibodies do not develop in a large share of people who get through the infection without symptoms or sparse symptoms.

Greek Reporter: What about the 3.4 % death rate projected by the WHO at that time? What do you think it truly is at this point? At the time you had said that the population-wide Covid-19 case fatality rate of .05% was lower than that of influenza. Earlier you had also said that “reasonable estimates for the case fatality ratio for the general population vary from .05% to 1%.” (This seemed to be based on the rather small example of the Diamond Princess cruise outbreak, but that was basically all you had to work from at that point.) 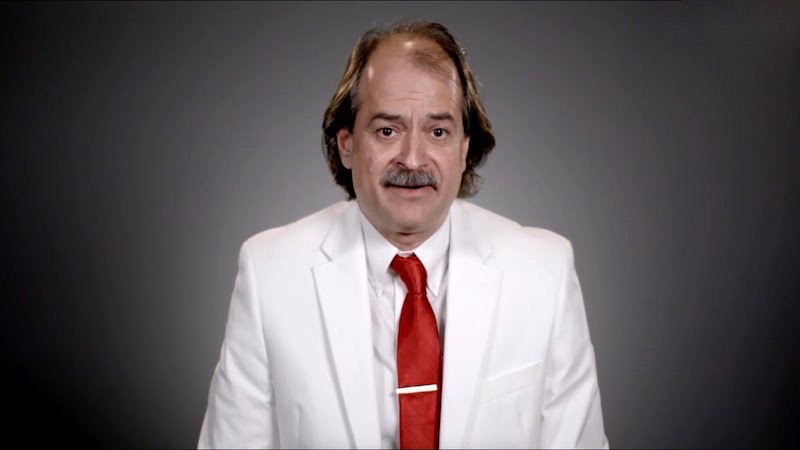 Dr. Ioannidis: 0.05% to 1% is a reasonable range for what the data tell us now for the infection fatality rate, with a median of about 0.25%. The death rate in a given country depends a lot on the age-structure, who are the people infected, and how they are managed. For people younger than 45, the infection fatality rate is almost 0%. For 45 to 70, it is probably about 0.05-0.3%. For those above 70, it escalates substantially, to 1% or higher for those over 85. For frail, debilitated elderly people with multiple health problems who are infected in nursing homes, it can go up to 25% during major outbreaks in these facilities.

Greek Reporter: Are all the current figures being skewed by the complication that some jurisdictions are recording that people died OF Covid-19 when in reality they died WITH it? You had said on March 17, and this still gets lost in the noise of all the events that have taken place in these last turbulent months, that “a positive test for coronavirus does not mean necessarily that this virus is always primarily responsible for a patient’s demise”.

Dr. Ioannidis: This is still a major challenge. COVID-19 has become a notifiable disease so it is readily recorded in death certificates. What we do know, however, is that the vast majority of people who die with a COVID-19 label have at least one and typically many other comorbidities. This means that often they have other reasons that would lead them to death. The relative contribution of COVID-19 needs very careful audit and evaluation of medical records.

Greek Reporter: There is a huge amount of uncertainty each and every year just in the number of influenza deaths, and despite what you called the “successful surveillance systems” which have “long existed for influenza, the disease is confirmed in a laboratory in a tiny minority of cases.” Is this also true with Covid-19, where many people were no doubt infected and suffered only mild symptoms, thinking it was just the regular annual flu — perhaps even before January, 2020, when the disease officially landed on our shores? You gave the range then as differing a multiple of 2.5 times in trying to estimate how many people actually die every year from influenza.

Dr. Ioannidis: As above, the number of people infected with COVID-19 is far larger from the documented cases. The number of COVID-19 deaths can be both undercounted and overcounted, and the relative ratio of over- and under-counting varies across different locations. In most European countries and the USA it is more likely to be overcounted, especially if we are talking about “deaths by COVID-19”. For influenza we have a long-standing experience and the number of deaths can also be fairly well approximated based on the excess number of deaths that we record every winter, as the influenza wave sweeps around the world. For COVID-19 we are in early days, and we need to be careful to dissociate deaths from COVID-19 versus deaths that happened because of the disruption induced by lockdown.

Greek Reporter: You had earlier extrapolated 10,000 total US deaths using the Diamond Princess cruise ship analysis, using the case fatality rate among those infected, which was .3% (mid-range guess), with 1% of the US population becoming infected.  As we know now, the total amount of those dying with the disease was much higher but it was still not the astronomical, exponentially huge number that some had predicted. There had been only 68 American deaths by March 16, the day before your original article was published. The most pessimistic projection in March was 40 million deaths globally — the same as the 1918 flu. What do you really think it is now, bottom line?

Dr. Ioannidis: In the STAT article, I discussed two hypothetical extremes for illustrative purposes, one with just 10,000 deaths in the USA and another with 50 million deaths worldwide. I said that our data are so unreliable that the truth could be anywhere between these two amazingly different extremes. Based on what we know now, we seem to be closer to the optimistic end of the range. In terms of numbers of lives lost, so far the COVID-19 impact is about 1% of the 1918 influenza. In terms of quality-adjusted person-years lost, the impact of COVID-19 is about 0.1% of 1918 influenza, since the 1918 influenza killed mostly young healthy people (average age 28), while the average age of death with COVID-19 is 80 years, with several comorbidities.

Greek Reporter: We had been told that we needed to “flatten the curve” — and we did so in the US, did we not? No health system was completely overwhelmed, not even in NYC, where they did not completely run out of ventilators.

Dr. Ioannidis: The predictions of most mathematical models in terms of how many beds and how many ICU beds would be required were astronomically wrong. Indeed, the health system was not overrun in any location in the USA, although several hospitals were stressed. Conversely, the health care system was severely damaged in many places because of the measures taken.

Greek Reporter: Finally, you had stated in March that, regarding lockdowns, they may be “bearable for a time, but how can policymakers tell if they are doing more good than harm?” if they are protracted. “School closures,” you stated, ”may reduce transmission rates” but may also “diminish the chances of developing herd immunity.” Even more important, perhaps, is this point you made — “One of the bottom lines is that we don’t know how long social distancing measures and lockdowns can be maintained without major consequences to the economy, society and mental health.

“Unpredictable evolutions may ensue, including financial crisis, unrest, civil strife, war and a meltdown of the social fabric.” Your thoughts, please, on how many of these things have indeed come to pass in this country as you had feared.

Dr. Ioannidis: I feel extremely sad that my predictions were verified. “Major consequences on the economy, society and mental health” have already occurred. I hope they are reversible, and this depends to a large extent on whether we can avoid prolonging the draconian lockdowns and manage to deal with COVID-19 in a smart, precision-risk targeted approach, rather than blindly shutting down everything. Similarly, we have already started to see the consequences of “financial crisis, unrest, and civil strife.” I hope it is not followed by “war and meltdown of the social fabric.”

Globally, the lockdown measures have increased the number of people at risk of starvation to 1.1 billion, and they are putting at risk millions of lives, with the potential resurgence of tuberculosis, childhood diseases like measles where vaccination programs are disrupted, and malaria. I hope that policymakers look at the big picture of all the potential problems and not only on the very important, but relatively thin slice of evidence that is COVID-19.