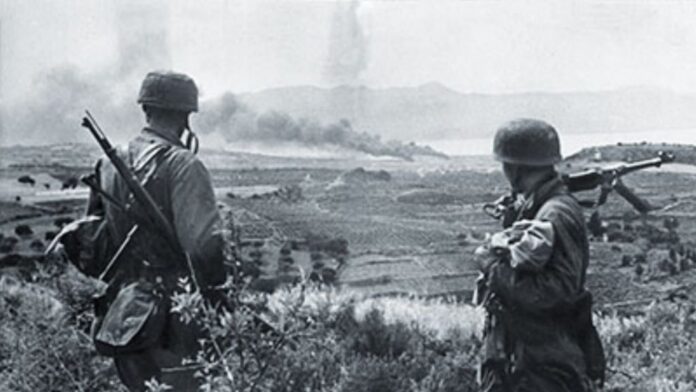 By Paula Tsoni
In his latest work of fiction, titled “Georgina,” Scottish writer David Munro takes us through a fascinating story of heartache, romance and espionage which took place on the Greek island of Crete during WWII.
The novel revolves around an attractive Californian blonde who arrives on Crete for a much-needed fresh start as an English teacher. Following her traumatic arrest on suspicion of murder of her husband, Georgina is left with nothing to lose as she sets foot on the island in the late 1930s. 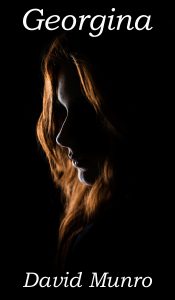 But just as she seems to be pulling herself back together, enjoying a new, blissful life on the sunny island, Italy invades Greece and soon the Wehrmacht takes control of Crete. Amidst the brutal occupation and bloodshed, Georgina meets Erich, an irresistibly charming SS officer, and persuades him to help starving Cretans by smuggling German supplies to them.
While their romance flourishes, however, Georgina finds herself being shadowed by local people as her Cretan benefactors become skeptical of her motives and suspect her of being a German spy.
When the war finally ends and the German soldiers surrender, Erich is sent to a prison camp in Scotland for “denazification” and the guards there discard Georgina’s name and address. At the same time, civil war breaks out on Crete and Georgina has to fend for herself yet again.
She then ends up spying for the British against the local communists, but she finally manages to escape the war to search for Erich — and, she hopes, their happily ever after.
An arts professional with a wealth of experience in different cultures, Edinburgh-born David Munro turned to creative literature in 2013 when he published his first novel, “The Time Jigsaw,” and its spin-off two years later.
His love of history allows him the opportunity to delve into different cultures around the world and the major events of history, with the aim of giving his readers enjoyment through interesting stories with compelling characters.
Published by Beaufort Publishing, this sweeping novel of Cretan history is now available for purchase on Amazon.