Greece Wins Case in Dispute With Sotheby’s Over Ancient Artifact 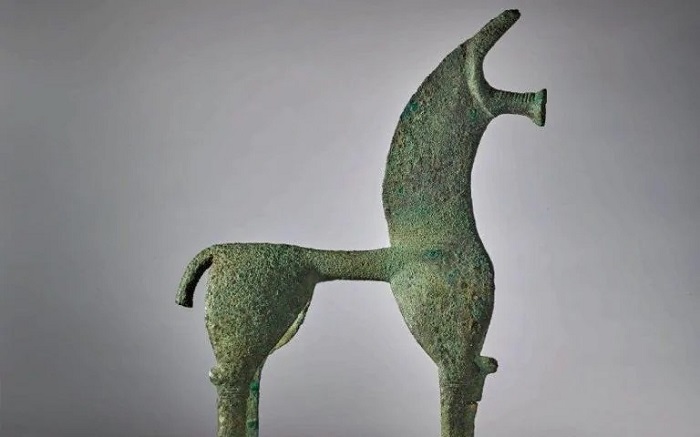 A US court on Tuesday ruled in favor of Greece in a dispute with Sotheby’s over the sale of an exquisite ancient Greek bronze horse, in what has been hailed as a landmark decision.

The Greek Culture Ministry said it would now seek the repatriation from New York of the 2,700-year-old bronze horse statuette.

A ministry statement said the appeals court’s decision was of “enormous legal importance” and would have broad implications for works of cultural heritage from other countries, too.

Culture Minister Lina Mendoni said the outcome was a major victory in the fight against the illegal trade in antiquities, a lucrative but brutal business that strips ancient artifacts of key cultural and historical information that a proper excavation would reveal.

“The ministry will proceed with every legal process to repatriate the statuette, stressing that when stolen and illegally exported monuments are returned … (the country of origin) regains a segment of its history,” Mendoni said.

But Greece became suspicious about its provenance after discovering that it had passed through the hands of a disgraced British antiquities dealer, and the Culture Ministry requested that it be withdrawn from sale.

In an unusual move, the auction house and the owners of the 8th century BC bronze statue, the Barnet family, then sued the nation of Greece, seeking permission to sell the item and rejecting any suggestion that it had been stolen.

But on June 9, the United States Court of Appeals for the Second Circuit issued a ruling in favor of Greece, stating that the country was immune from such legal charges because it was not acting out of commercial interests.

In a statement, a Sotheby’s spokesperson said: “While we are disappointed with yesterday’s decision, it does not impact what is at the heart of this matter—there is, and remains, no evidence to support Greece’s claim to ownership of the bronze sculpture. We, together with our client, are reviewing next steps.”