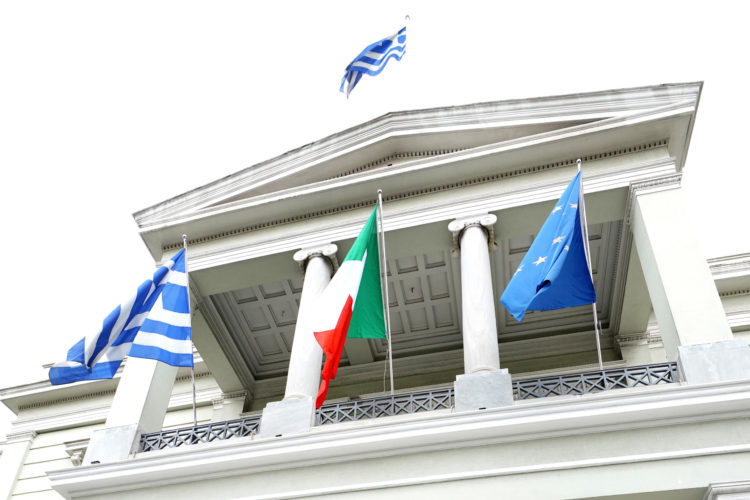 Greece and Italy signed an agreement in Athens on Tuesday regarding the delimitation of maritime zones between the two countries.
The signing of the agreement on the boundaries of the Exclusive Economic Zone (EEZ) occurred during the meeting of the countries’ two foreign ministers, Greece’s Nikos Dendias and his Italian counterpart Luigi di Maio.
The two countries managed to bridge their differences, after concerns expressed by Rome were addressed and resolved, mainly concerning fishing rights in the Ionian Sea.

The agreement is effectively an extension of a previous maritime border deal signed by Italy and Greece in 1977. It is also expected to pave the way for a similar accord with the country of Albania. 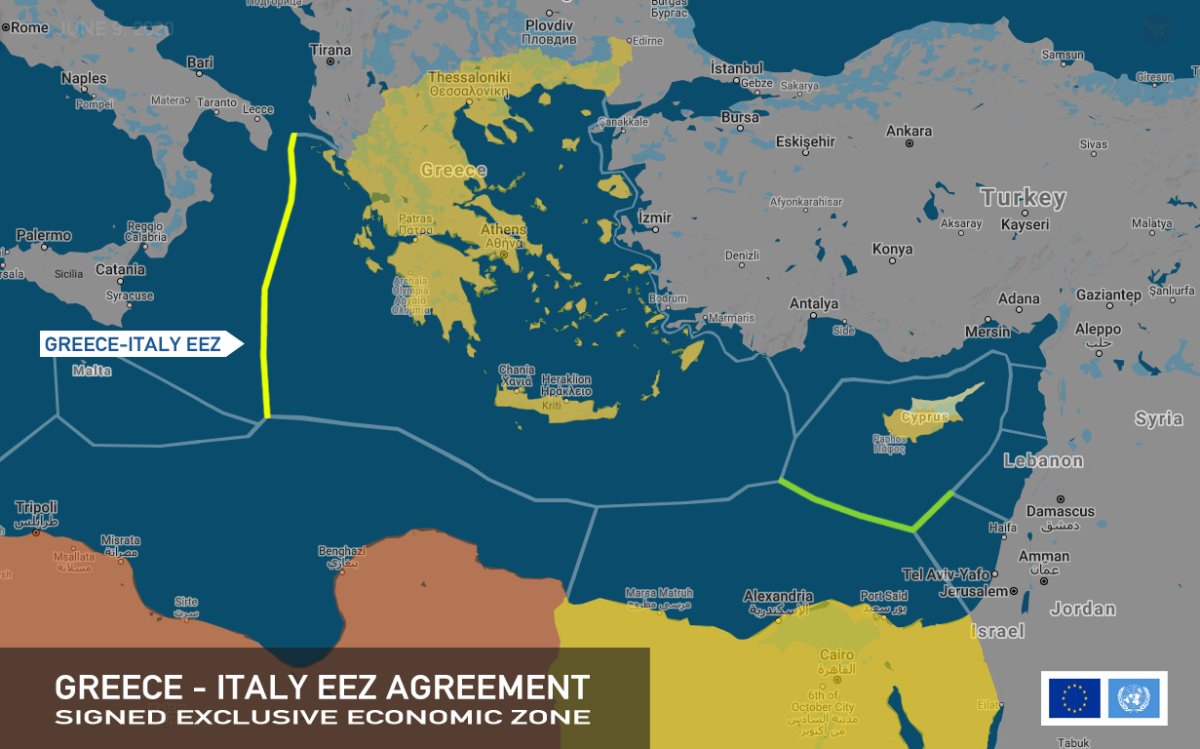 “This is a historic day,” Dendias said, adding that Greece seeks to establish exclusive economic zones with all its neighbors.
The Greek-Italian accord comes months after a deal on maritime boundaries between Turkey and Libya’s internationally recognized government, led by Fayez al-Sarraj. That agreement angered Greece, which says it infringes its own sovereign rights.
“Maritime boundaries are defined only with valid deals,” Dendias said.
Greece and Turkey are at odds over various decades-old issues ranging from mineral rights in the Aegean Sea to ethnically split Cyprus.
What is an Exclusive Economic Zone, or EEZ?
The concept of the EEZ was adopted in 1982 at the Third United Nations Conference on the Law of the Sea. It stipulates that a sovereign state exercises special rights regarding the exploration and use of marine resources, including alternative means of energy production, from water and wind.
The area of ​​the EEZ stretches beyond the nation’s territorial waters and up to 200 nautical miles from its coastline, while the jurisdiction of the coastal state concerns the seabed and the waters below the sea surface, with the latter formally being under international jurisdiction.
Regarding territorial waters and the continental shelves of different states, if the EEZs of two countries overlap and interact, it is up to the neighboring states to jointly determine their exact maritime borders.