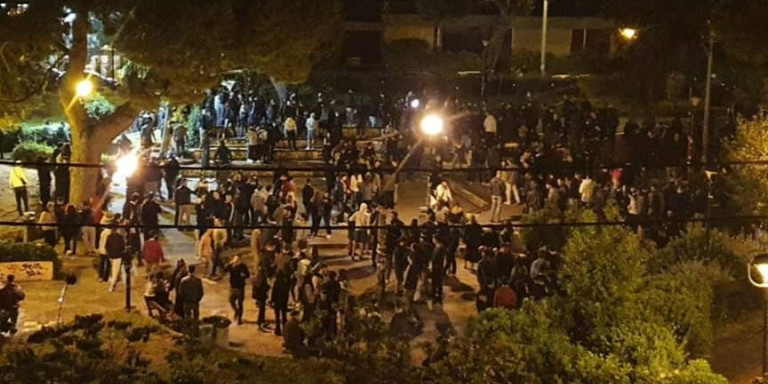 Greek police clashed with a group of ravers on Tuesday night in the suburb of Aghia Paraskevi in Athens as they moved in to break up an impromptu party involving hundreds of people.
The Greek youngsters had descended into a central square toting take-out cocktails and cans of beer despite the coronavirus restrictions on large gatherings.
Despite police appeals to disperse, some refused and threw bottles at the police, who responded by using tear gas.

Posted by Vasilis Mylonakis on Tuesday, May 5, 2020


A similar open party took place in the town of Volos in central Greece on Monday night, when one bar opened, but only for take-out cocktails.
The Greek Head of Civil Protection, Nikos Hardalias, charged that “people are crowding, drinking so-called take-away cocktails, ignoring protection measures and the coronavirus, and putting the public’s health at risk.”