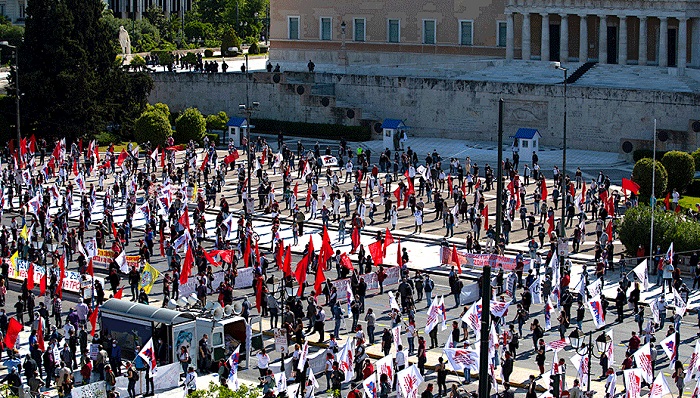 Greek trade unionists marked their annual Labor Day with a rally in central Athens on Friday but were careful to keep a safe distance from each other, according to the guidelines instituted to fight the coronavirus epidemic.
Rally organizers gathered around Syntagma Square before the rallies to place road markings pointing to the correct distances that protesters should keep between one another.
Greece’s largest private-sector union, GSEE, called on its member organizations to hold commemorative events while adhering to safety rules. 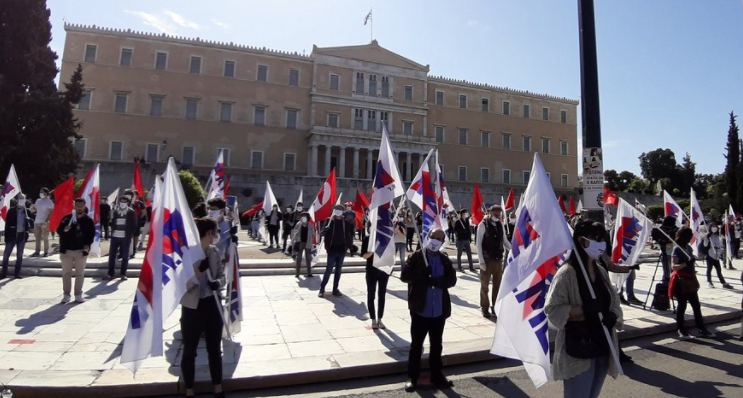 The same message was echoed by the Communist Party of Greece and its affiliated union, PAME.
Police officers were deployed in central Athens to make recommendations if the proper safety distances were not maintained during the marches.
The government had urged unions to delay their public rallies by more than one week, due to the risk of infection.

The Hellenic Initiative has donated a generous grant of $50,000 to the Athens Food Bank to help fight hunger in Athens.
Ancient Greece

The monsters of Greek mythology form the very concepts of terror for us. The creatures Scylla and Charybdis are no exceptions to this rule.