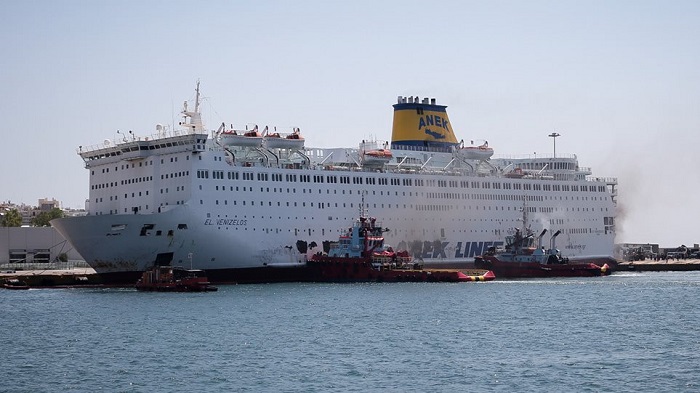 At least 20 people have tested positive for the coronavirus in a passenger ship anchored off Piraeus, near Athens, Health Ministry officials said on Tuesday.
Two crew members, an Indonesian and a Swiss national, have already been transferred to hospitals for treatment.
Doctors at Greece’s public health agency conducted tests on 383 crew members and passengers of the vessel Eleftherios Venizelos and 20 of them tested positive. The results of the remaining tests will be known later on Wednesday.
There also 36 Greek nationals among the crew and the passengers.
The vessel had been leased by a U.S. cruise operator in order to operate as a floating hotel in Spain, a Shipping Ministry official said.
The Eleftherios Venizelos arrived from Turkey transporting dozens of technicians and manual laborers who had been hired to work at a shipyard in the Spanish city of Cadiz.
Following the new transportation restrictions imposed against the spread of COVID-19, however, it was unclear where the vessel would sail next, the official said.