GRNews
GreekReporter.comAustraliaIs this Greek Man the Most Generous Person in Australia?

Is this Greek Man the Most Generous Person in Australia? 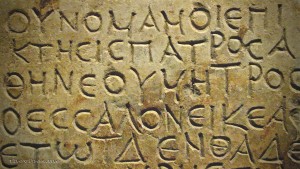 A generous Greek-Australian man has handed out $100 in cash to dozens of jobless workers waiting outside a Centrelink office in Melbourne.

Good Samaritan Peter Darmos, who was earlier identified under the pseudonym “John,” gave each person lining up outside the office in Box Hill a $100 bill.

“These are all innocent people with no means to put some bread on the table for their family,” Darmos told interviewers from 3AW on Friday.

He explained his generosity by saying “Their Centrelink payments aren’t until next week. They need to put food in the table tonight.”

Is this Melbourne's most generous man?Pete said his heart sunk after seeing pictures of devastated families queuing for the government's stimulus packages, he rushed to his local bank, withdrew thousands of dollars and handed a $100 note to everyone in line at Centrelink in Box Hill on Tuesday.Full report on 7NEWS at 4.00pm and 6.00pm.Latest: 7news.link/coronavirus#7NEWS

Darmos, 62, originally from from the village of Karies, Laconia, handed out a total of $10,000 because he felt “sick to his stomach” after seeing the queues of people, some of whom had never been unemployed in their lives.

“I came here as a six-year-old from a village in Greece and this country has been good to me,” he said, wishing only to pay his good fortune forward.

Darmos then distributed the $100 bills to each person inside and outside the office until there were no more to hand out.