Gerard Butler Shouts ''This is Sparta!'' from Historic Greek City

By Nick Kampouris
March 13, 2020
Facebook
Twitter
WhatsApp
Linkedin
Email
Thousands of people gathered in Sparta, southern Greece on Friday morning to see Hollywood star Gerard Butler marching along the streets of the city as part of the Tokyo 2020 Olympic Games torch relay.
Butler is the actor who famously portrayed King Leonidas in the Hollywood blockbuster “300.”
Despite the authorities’ suggestion to people not to gather, thousands rushed to the statue of Leonidas to get a glimpse of the famous actor. 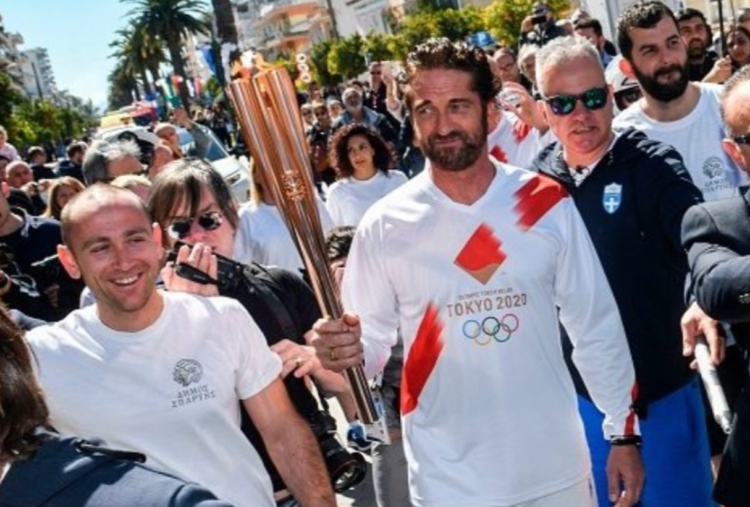 When Butler reached the site where Leonidas’ statue stands, he shouted ”This is Sparta!” his famous roaring line from the popular movie.
People cheered Butler and thanked him warmly for his presence there.
However, due to the growing Coronavirus fears, the Greek authorities, along with the Greek Olympic Committee, decided after the event in Sparta to suspend the Olympic Torch relay in Greece for the protection of public health.