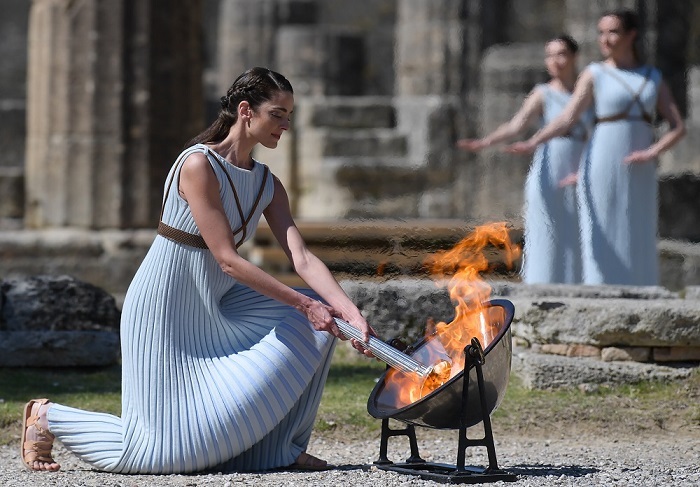 The Olympic Flame lighting ceremony was held Thursday in Olympia, Greece, without spectators due to coronavirus concerns.
The flame lighting ceremony, always held in the ancient Olympic site of Olympia, was attended by 100 accredited guests from the International Olympic Committee and the Tokyo 2020 Organizing Committee.
At the ancient Temple of Hera, up to 30 priestesses or ‘Caryatids Kores’ performed a series of rituals, calling on the sun god Apollo to ignite the Olympic flame using the rays of the sun and a parabolic mirror. The fire, which stays lit for the entirety of the Olympic Games period, symbolizes purity and represents the values of the Olympics between nations. 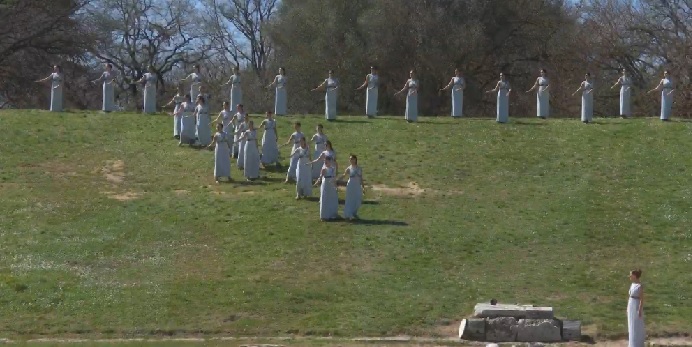 For the first time, a woman was the first Olympic torch relay torchbearer — Rio shooting gold medalist Anna Korakaki.
The Olympic Flame will spend eight days in Greece and will pass through more than 30 towns and cities around the country before descending onto Athens.
There it will be handed over to host city Tokyo, in a ceremony at the Panathenaic Stadium, home of the first modern Olympic Games in 1896.