GRNews
GreekReporter.comGreeceHundreds of Passengers on Board Greek Ferry Quarantined Over Coronavirus Fears

Hundreds of Passengers on Board Greek Ferry Quarantined Over Coronavirus Fears 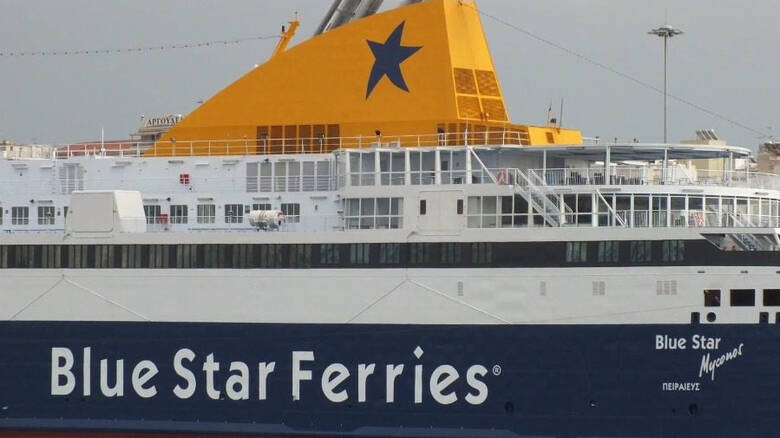 Hundreds of passengers on board the ferry boat “Blue Star Mykonos” docked at port on the Greek island of Limnos were quarantined as a precaution after a crew member developed symptoms of coronavirus.
According to Kathimerini, the captain reported that one of his crew was running a fever, so as a precaution he ordered an ambulance to come pick him up off the ferryboat at the northern mainland port of Kavala on Wednesday night.
The ship then sailed from Kavala to Limnos, where the captain and the Blue Star company operating the ferry were informed that the crewman may be sick with Covid-19. The National Public Health Organization (EODY) subsequently ordered that the ferry be placed in quarantine at Limnos’ main port in the capital, Myrina.
The mayor of Limnos told state broadcaster ERT TV that some passengers had gotten off the ferry before it was placed in quarantine.
According to media, a total of 127 passengers disembarked on Limnos and have been instructed by health authorities to stay at home until the coronavirus test results are final.
The Athens Macedonia News Agency reported there were 341 passengers and 77 crew on board the ferry. The ship was supposed to sail to Agios Efstratios, Lesvos, Chios, Samos, Fournoi, Ikaria, Mykonos, Syros and Piraeus after leaving Limnos.
Earlier on Thursday Greek authorities confirmed the first fatality from Cov-19 in the country.
The patient, a 66 year-old male, was infected with the virus a few days ago and has been hospitalized since March 2 at Rio Hospital near the city of Patras.
The retired teacher, from Amaliada, Peloponnese, had returned from a religious pilgrimage to Israel and Egypt at the end of February. He was among a group of 53 people.
The majority of his fellow travelers, including his wife, have also been infected with the virus. Several are hospitalized in the designated coronavirus referral hospital in Patras; others are in home isolation.