Melina Mercouri is engraved in the minds of millions of Greeks. In her life she was several things: a striking woman; a stage and movie actress; a patriot; an activist; a politician; but above all — and this is what she remains even after her death — she is a great Hellene.
Melina Mercouri loved Greece so much that she epitomized the Hellenic spirit, becoming its ambassador worldwide.
In the heart of every Greek, she was the first politician who fought for what is the ultimate right of the Greek people: the return of the Parthenon Sculptures to their home, in the Parthenon, on the Acropolis. 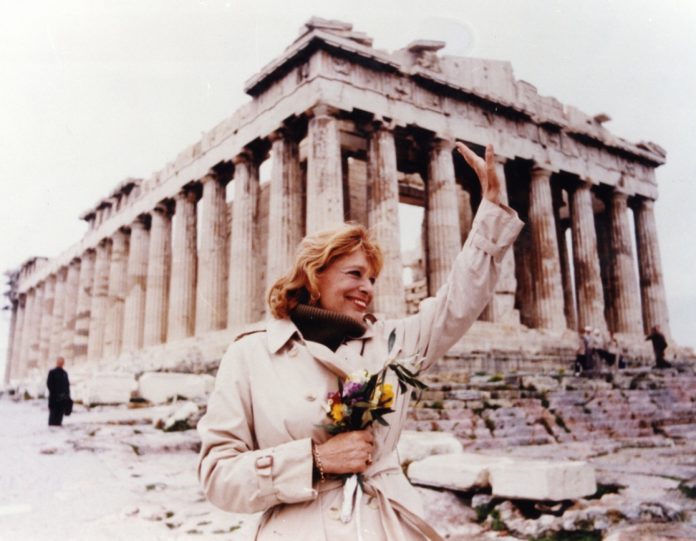 It was 1982 when Melina Mercouri, with her overwhelming passion and the shine of the star that marked her, started her campaign for the return of the so-called Elgin marbles.
Her passion, her desire, her fight for the return of the priceless sculptures to their rightful home is summed up in her phrase: “I hope to see the marbles return to Athens before I die. But if they return later, I will be reborn to see them.”
Even in the sometimes-sketchy world of museums which obtain artwork from other countries, the Parthenon Marbles were a special case since they were part of a building and not a self-contained work of art.
Millions of objects which have been obtained by various means from foreign countries, such as the Venus de Milo, are exhibited at the best museums in the world. But the Marbles, which had been chipped off the building atop the Acropolis in the 1800s and carted off, are another story. 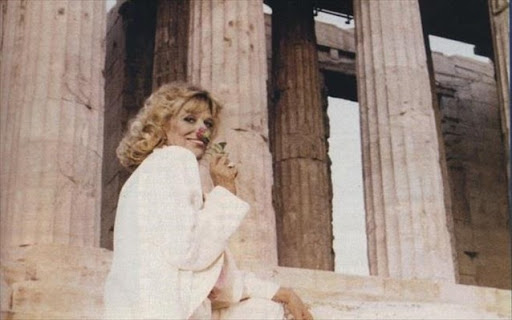 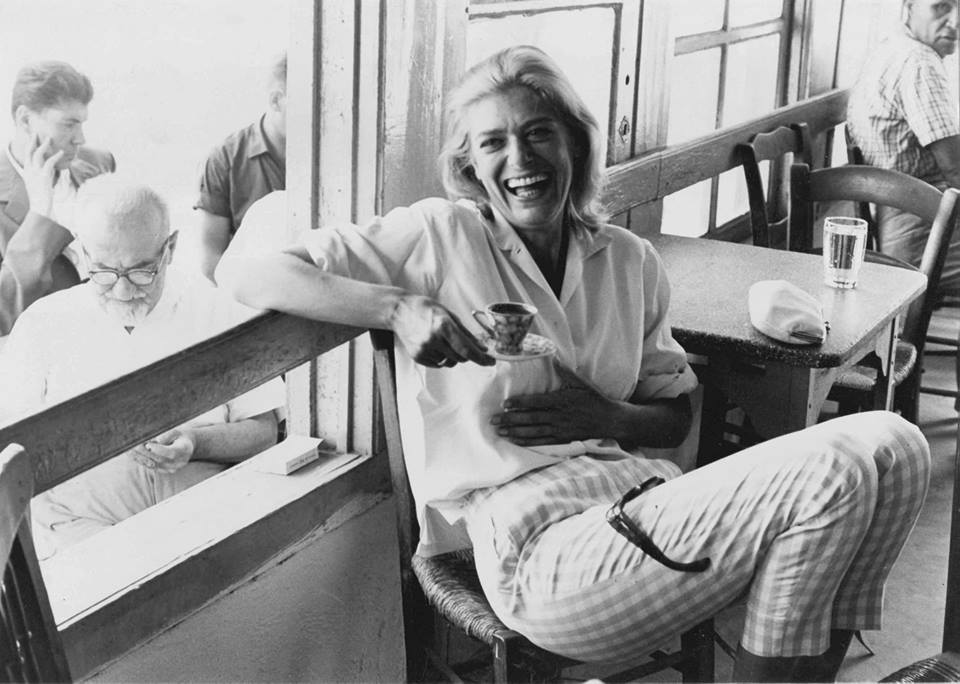 Her life
Born Maria Amalia Mercouri on Oct. 18, 1920, she was the favorite granddaughter of Athens Mayor Spyros Mercouris and daughter of United Democratic Left party lawmaker and Minister Stamatis Mercouris.
Melina studied acting at the National School of Dramatic Art (1943-46) and made her debut on stage in 1944.
She was established as a leading lady in 1949 with the stage role of Blanche in Tennessee Williams’ “A Streetcar Named Desire”. 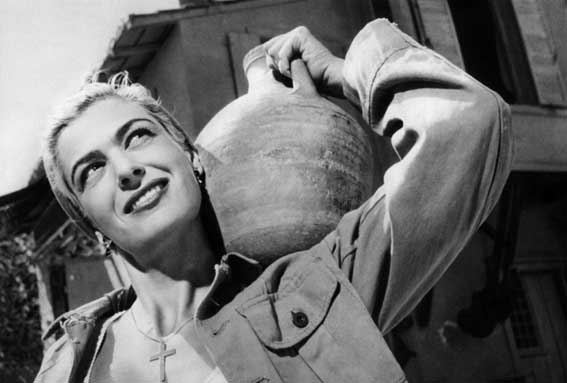 Her first cinema role was as the leading actress in Michael Cacoyannis’ Stella (1955). However, it was the role of Ilia in the Academy Award-nominated “Never on Sunday” (1960), as well as the theater rendition of the movie in New York, that won Melina Mercouri an international reputation.
In 1965, she married American director Jules Dassin, who directed her in “Never on Sunday” (1960), “Phaedra” (1962), “Topkapi” (1964) and “A Dream of Passion” (1978). 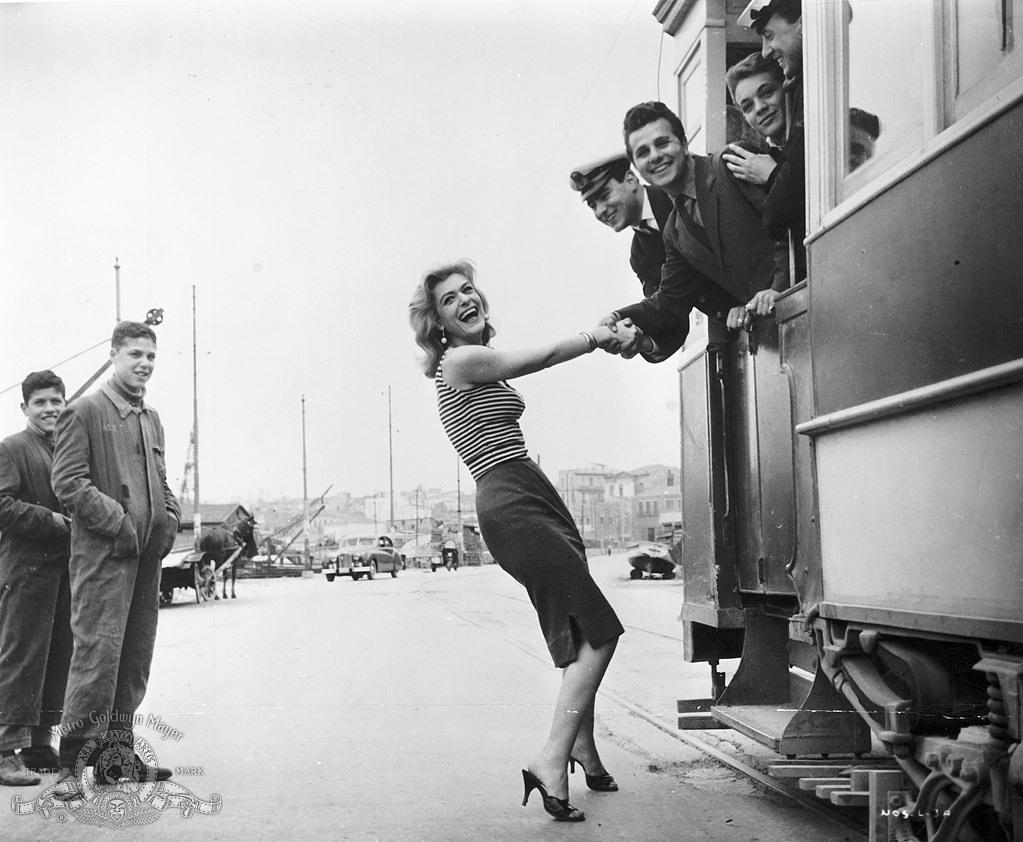 Mercouri’s political activism was shown in her protests against the military junta from abroad. After the restoration of democracy in Greece, she returned to the country of her birth and became a politician.
She was elected to represent PASOK in 1981 and became Minister of Culture and Sciences, an office she held until the end of the first eight years of the Andreas Papandreou administration.
As culture minister, her primary vision was the return of the Parthenon Marbles from the British Museum. However, at the same time, she created “Municipal Regional Theaters” to bring theater to the Greek provinces. Along with her French counterpart Jacques Lang, they created the institution of the “European Capital of Culture” in 1985.
Melina’s star dimmed forever on March 6, 1994, but the Greek people still call her only by her first name, as if she is a beloved relative.
Ten years after Greece’s formal request for the return of the Marbles, when Melina Mercouri passed away, the precious sculptures were still at the British Museum. The British fought to keep them in their possession and they won. But if one day the Parthenon Marbles do return to Greece, the spirit of Melina Mercouri will rejoice. And perhaps even be reborn.

A Greek student in the Italian city of Turin has sustained serious injuries after her former boyfriend stabbed her in the neck and chest.
Ancient Greece

The plague appeared in Greece as a weapon of divine wrath. Agamemnon, offended the priest of Apollo and the God spread pestilence among the Greeks.
Europe