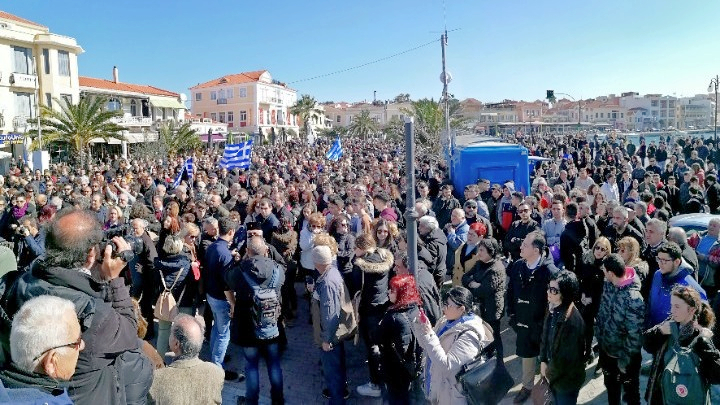 Tensions on Greece’s North Aegean islands over the creation of new migrant detention centers ramped up on Wednesday, as a total of 43 police officers and dozens of residents have been reported injured on Lesvos and Chios.
Police accuse some local residents of shooting with hunting rifles against their men on Lesvos.
According to Greece’s Ethnos newspaper, which quoted police sources, a total of 43 officers have been injured on the island so far, two of whom sustained serious wounds. There are also reports of more than ten injured protesters near the Karavas area.
The Karavas area is the site where the Greek government plans to establish a new migrant detention center.
Meanwhile, on the island of Chios, dozens of angry protesters barged into a hotel on Wednesday, where riot police officers were sleeping, creating a violent scene which was completely unprecedented on the island.
The angry protesters proceeded to physically attack the police officers, who were sleeping in their rooms.
A video has emerged showing how the incident played out.
In the video, suitcases are seen being thrown from balconies and windows, while people scream, asking the attackers not to beat the officers.
A total of fifty-two officers and ten protesters have been reported as being injured in today’s incident on Lesvos and Chios.


Related: Why Greek Islanders Are Rebelling Against Migrant Camps