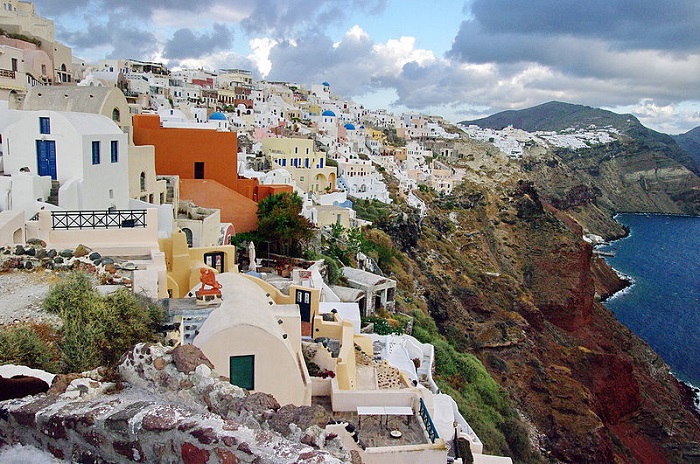 The General Secretariat for Greece’s Civil Protection has issued a new plan for addressing the consequences of a possible eruption of the ancient — yet still active — volcano on Santorini.
As a secretariat official clarified to the Athens-Macedonian News Agency, the specific plan of action, named “Talos,” is part of an overall scheme for the activation of all state mechanisms for the shielding of the country against any danger, including natural disasters.
In the case of the famed Santorini volcano, there is at present no indication of a threat, the officials clarified, noting that this is simply a plan in case a disastrous eruption does occur in the future.
Apart from the ”Talos” plans, but under the same overall framework, other guidelines regarding different types of natural disasters are also being prepared at present in Greece.
The first two plans, regarding flooding and fire disasters, were presented last November with the respective code names of “Dardanos” and “Iolaos.”
Another plan, dubbed ”Enceladus,” will be released at some point in the future regarding earthquake preparation in Greece.
Additional official guidelines and plans will also target the prevention of large-magnitude accidents involving dangerous substances, which Greece is obliged to do by the European Union’s regulation called ”Seveso-III-Directive 2012/18/EU.”