How to Boost Greek Tourism by Improving Ferry Travel and Ports 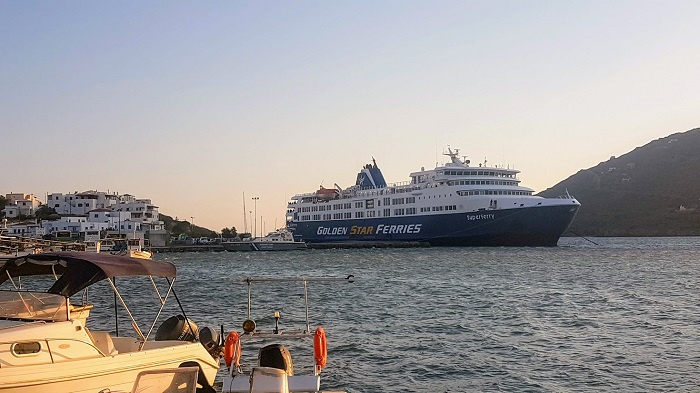 By Andrew Tzembelicos
With recent news that the Greek government has committed to six new, broad tourism-related objectives, we see that there are some enhancements which could readily be implemented in this most vital  sector for Greece.
One area where some change is necessary relates to ferry travel and ports, and it starts at the very beginning, with ticketing. Buying a ticket online for a Greek ferry voyage could be described as complicated at best thanks to the sheer multitude of websites — as a quick Google search immediately shows.
In British Columbia, Canada’s westernmost province, BC Ferries (a state-run Crown Corporation) offers a one-stop online shop for ticket purchasing. Perhaps one official ferry-ticketing website with full capabilities in multiple languages is the answer for Greece too?
Another critical part of any Greek maritime journey involves the ports where those journeys begin and end. There’s one word which epitomizes Greek ports, especially Piraeus: chaotic. Whether a vessel is arriving or departing, mixing people and cars, lorries and motorbikes is dangerous at best.
A ready-made solution could involve establishing dedicated, well-marked pedestrian walking paths. Adding cement bollards would provide much-needed protection to safeguard travelers in all circumstances.
Standardizing the signage at all ports would be another welcome change. From experience, the lack of signs — in Greek or English — can be a real problem. An interim solution might involve having more uniformed attendants who can speak multiple languages — especially when there is no on-site ticketing office at some locations.
Broadly, maximizing every possible opportunity of promoting Greece — especially its many lesser-known gems — could yield important returns, while having the added benefit of encouraging visitors to think beyond Athens, Mykonos and Santorini. Perhaps most importantly, it would help address the serious issue of over-tourism on the latter island.
Some vessels display faded copies of centuries-old French paintings on their interior walls. Why not profile beautiful shots of Greece from the country’s top photographers instead? Or, even more intriguingly, what about inviting the captive audience of passengers to share their images of Greece through social media?
Similarly, ferry television screens typically broadcast old Greek or American films. As these films are largely inaudible anyways, why not run silent videos produced by the Greek National Tourism Organization (GNTO) or talented Greek videographers? The ferry companies might even follow the example set by Aegean Airlines with its smart ads, beautifully produced videos and strategic partnership with Giannis Antetokounmpo.
Equally, the Greek ferry experience could be enhanced by shining a spotlight on big and small local designers, products and brands. Why on earth did the on-board gift shops I browsed last summer solely feature exclusive, high-priced products promoting a French Caribbean island?
Beyond ferries and ports, there’s branding. Working with words for a living, including marketing collateral and tag lines, I recognize that this is a much larger endeavor.
But it is a critical piece of the tourism equation that extends to taking a fresh look at the “Greece: All-Time Classic” moniker now in use for the last handful of years, as well as the visitgreece.gr website (which is looking a bit tired, in my opinion).
Equally, this should include providing quality publications — as the GNTO previously produced — featuring Greek islands and landscapes in standalone brochures, stunning calendars and wall posters (even today, I still see those decades-old calendars and posters displayed in Greek-owned businesses in Vancouver).
Despite being in the digital era, quality brochures remain a must. Rather than offering ten different island guides with questionable translations and a mishmash of advertising, why not give visitors a clean, consistent GNTO-published brochure of each island with a clearly marked map, suggested itinerary and must-see lists which are professionally designed, translated and printed?
Without question, Greece’s tourism offering is highly enticing for global visitors — the perfect mix of history, culture, food, friendly locales, philoxenia — and so much more.
Seizing every opportunity to share the best possible travel experience with others, be they armchair travelers or island-hoppers, stands to greatly benefit both economy and country. The Greek government’s commitment to effect change in this area couldn’t come at a better time.
Andrew Tzembelicos is a Greek-Canadian writer, editor and communications consultant who divides his time between Athens and Vancouver