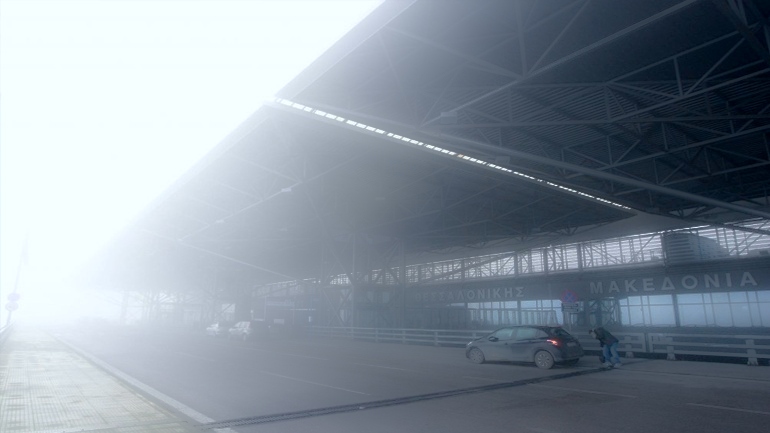 Friday was the second consecutive day with significant delays and disruptions at Thessaloniki’s Makedonia International Airport due to the heavy fog with which the city was blanketed.
The visibility at Thessaloniki’s main airport hub was constantly changing on Friday morning, due to a so-called ”traveling” fog, which enveloped the airport every few minutes.
All scheduled flights actually took place in the early hours of Friday; however, two flights which were scheduled to land in Thessaloniki between 9:30 and 10:30 in the morning local time were forced to change their route and fly to Athens.
The two flights in question were coming from Rome and Istanbul respectively.
Another domestic flight was delayed significantly due to the extremely poor visibility at the airport this morning.
Several times, the airport’s visibility was less than 100 meters, making the situation for pilots and air-traffic controllers very difficult and even dangerous.
Similar incidents with flights having to divert their routes to Athens or being delayed due to the thick fog were recorded on Thursday as well.

The story of how locals at the Greek island of Erikousa joined forces to save a family of Jews from certain death in the Holocaust.
Greece