GRNews
GreekReporter.comGreeceSafety Concerns Raised Over One of Greece's Longest Bridges

Safety Concerns Raised Over One of Greece's Longest Bridges 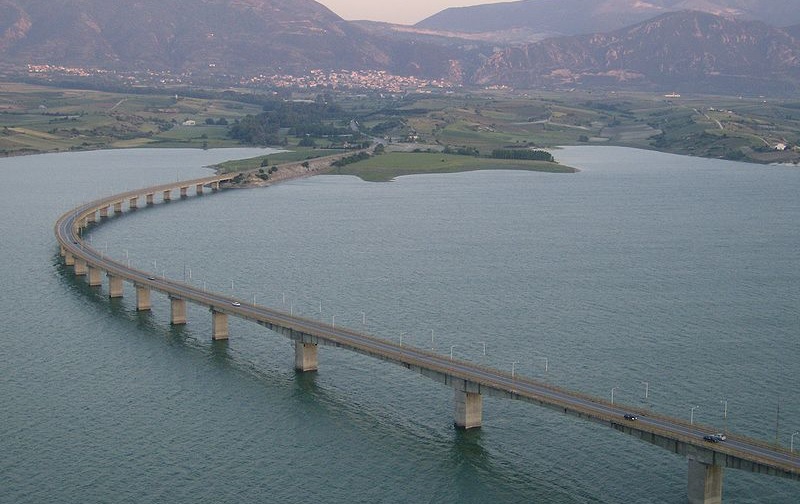 Authorities imposed traffic restrictions earlier in the week on the Lake Polyfytos Bridge, in northern Greece one of the longest bridges in the country, following a warning that it is suffering from structural problems.
Stergios Mitoulis, a civil engineer and associate professor at the University of Surrey in the UK, inspected the 1,372 meter-long bridge and noted in his report that the problem lay in the original section of the bridge from the city of Kozani to the town of Serbia.
“There are vertical movements of some of the bridge piers that are visible even to the naked eye,” he said according to the Athens-Macedonia News Agency (AMNA).
He also noted that “the central portions of the pylons are not well connected to the deck of the bridge”.
Because of this, Mitoulis concludes, that “the safety of the bridge has been significantly reduced and further study and interventions are required as soon as possible.”
Greek authorities imposed traffic restrictions and banned vehicles weighing over 50 tonnes. They also imposed a speed limit of 40 km/h.
Construction for the bridge began in 1972 along with the artificial lake and was completed in 1975. It is located 15 km southeast of the city of Kozani and 5 km northwest of Servia. It is one of the two bridges of the lake; the other is the Rymnios Bridge to the southwest near Aiani and is smaller, with 615 meters in length.