GRNews
GreekReporter.comGreeceDramatic Rescue of Sailboat Caught in Storm Near Athens

Dramatic Rescue of Sailboat Caught in Storm Near Athens 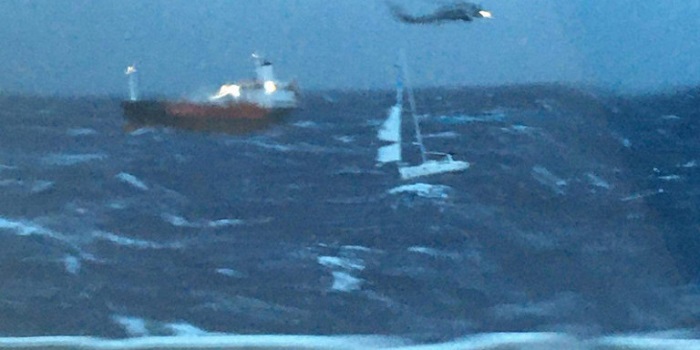 The Greek Coast Guard rescued four people on board a sailboat which had been caught in rough seas and winds of 8 to 9 Beaufort off the island of Kea, south of Athens on Monday.
The authorities were on high alert after they had received a distress signal from the boat, which had been rendered powerless and was in danger of capsizing due to mechanical damage and sails that had been shredded by the gale-force winds.
A helicopter, aided by another vessel, located and approached the boat and managed to rescue the four people aboard, despite the heaving seas and howling winds.


It is not known at press time whether the people aboard the battered sailboat were tourists or Greek citizens.
The Coast Guard had earlier issued a warning for severe weather conditions throughout the Aegean, and even huge ferries remained docked in the ports of Piraeus, Rafina and Lavrion for safety reasons.