Ten Greeks Who Left Their Mark in 2019 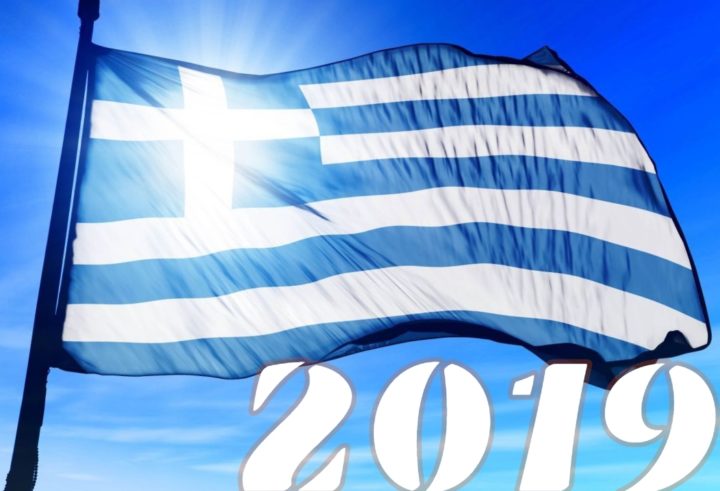 Many Greek citizens and members of the Greek diaspora who live in every corner of the world excelled in their fields in 2019, be it in the realms of science, religion, the arts, sports or philanthropy.
Most of them, either in Greece or in the country of their residence, have managed to succeed in their professions, adding a little more to the collective knowledge and achievements of humanity.
Of course, no single story on its own can include the entirety of contributions Greeks have made this year. However, the following list will try to briefly introduce you to some of those who made a special impact in their field over the past twelve months, making their country especially proud.


Dr. Christos Christou
2019 was a year bearing good news for this Greek surgeon, who was elected to serve as the president of the international humanitarian group Médecins Sans Frontières (MSF), or Doctors Without Borders.
Dr. Christou was elected president during MSF’s International General Assembly in June of 2019, and began his tenure in September.
Christou joined MSF in 2002 and has held a number of roles within the nonprofit organization. Born in Trikala, he graduated from Aristotle University’s medical school in Thessaloniki, and has a degree in surgery from the Kapodistrian University of Athens. He also holds a Masters in International Health/Health Crisis Management from the University of Athens.


Stefanos Tsitsipas
The 21-year-old Greek tennis superstar Stefanos Tsitsipas enjoyed by far the best year of his career in 2019.
This was the year when Tsitsipas won the most important title of his career, triumphing over Austria’s Dominic Thiem in the finals of the Nitto ATP tournament in London in November.
The current number six-rated player in the ATP men’s rankings amazed the entire tennis world with his achievements at such a young age Following a series of spectacular performances.
And next year looks even more promising for the Greek tennis phenom, who mesmerizes millions of viewers at home and abroad with his incredible skills each time he plays an important match.

Yorgos Lanthimos
Filmmaker Georgios (known as “Yorgos”) Lanthimos saw his career soar even higher in 2019, a year when his most recent film received some of the world’s most prestigious awards.
In February, Lanthimos’ ”The Favourite” won seven awards in this year’s 72nd British Academy Film Awards in a ceremony held in London’s Royal Albert Hall.
Just a few days later, Olivia Coleman was named Best Actress at the 2019 Oscars for her portrayal of Queen Anne in Lanthimos’ Stuart-era period film.
In addition to these honors, Lanthimos’ film won a number of other awards, including a Golden Globe, several European Film Awards and others.

Dr. Demetre Daskalakis
Dr. Demetre Daskalakis has been described as the doctor partly responsible for the decreasing rates of HIV in New York City. This is no exaggeration, as indeed, Daskalakis with his “status-neutral care” strategy, has helped make HIV diagnosis rates in the city drop significantly.
Since 2013, the Greek-American physician – who is also a gay activist – has served as deputy commissioner for the Division of Disease Control at New York City’s Department of Health and Mental Hygiene. He is also an assistant professor at the Icahn School of Medicine at Mount Sinai Hospital.
In November, Dr. Daskalakis traveled to Athens, Greece after being invited by the Onassis Foundation Stegi to be the keynote speaker for their second annual AIDS awareness program, entitled “I’m Positive.”

Dr. Katerina Akassoglou
Dr. Katerina Akassoglou, a researcher at the University of California San Francisco, received  the prestigious International Barancik Prize for Innovation in Multiple Sclerosis Research this year.
The Greek researcher was in charge of a series of studies designed to reveal the role of a blood coagulating protein called fibrin. Using an antibiotic which inhibits fibrin, Dr. Akassoglou’s team managed to reduce microglia activation and reduce the damage to nerve fibers in mice.
Akassoglou received her Ph.D. in Neuroimmunology from the University of Athens, Greece. She also had a postdoctoral fellowship in Neurovascular Biology from The Rockefeller University in New York and a postdoctoral fellowship in Neuroscience from New York University.
She is currently a professor of Neurology at the UCSF School of Medicine. 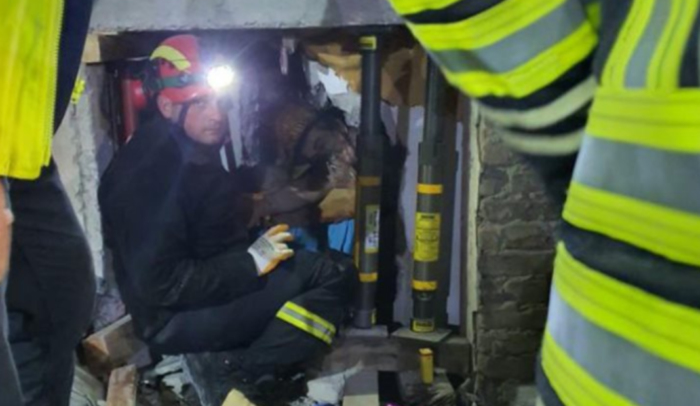 Greece’s EMAK Rescue Team in Albania
2019 was a year which brought destruction and tears to Greece’s neighboring state of Albania. A powerful earthquake in November killed dozens and injured hundreds more. The city of Durres as well as the capital city of Tirana suffered the most, with hundreds of buildings collapsing.
From the very first moment of the crisis, Greece mobilized to assist its neighbor, and two special teams from the country’s best rescue organization, EMAK, traveled to Durres and Tirana to assist the local rescuers in searching for survivors.
The Greek men not only assisted their Albanian counterparts but also saved the lives of people who had been trapped under tons of debris, but were still alive. The EMAK teams offered a generous gesture of friendship and solidarity in a region often defined by inter-state tensions.

Dr. Konstantinos Giapis
Konstantinos P. Giapis, a professor of chemical engineering at the California Institute of Technology (Caltech) invented a completely innovative way of producing oxygen from carbon dioxide in 2019.
His brilliant idea could become the foundation of future human missions to Mars, as it could provide breathable oxygen to astronauts who will travel on long space missions to reach the red planet.
The Greek scientist and his colleagues published their innovative findings in the scientific journal Nature Communications in May this year. Dr. Giapis is a professor of Chemical Engineering and a graduate of the National and Kapodistrian University of Athens and the University of Minnesota.

Dr. Nikolas Nikolaidis
Greek scientist Nikolas Nikolaidis and his students at California State University in Fullerton discovered in 2019 how a certain protein travels within stressed cells and cancer cells — a finding which could lead to new cancer treatments in the near future.
The CalState team’s research tracks the journey of the protein, which travels from inside the cell to the cell’s surface, or plasma membrane, and beyond, in cancer cells and stressed cells.
The protein is present in cells exposed to certain stresses, such as with fevers, or with pathological conditions such as cancer, and also when they are exposed to toxins.
Dr. Nikolaidis received his degree from the Aristotle University of Thessaloniki before moving to the United States for his research. 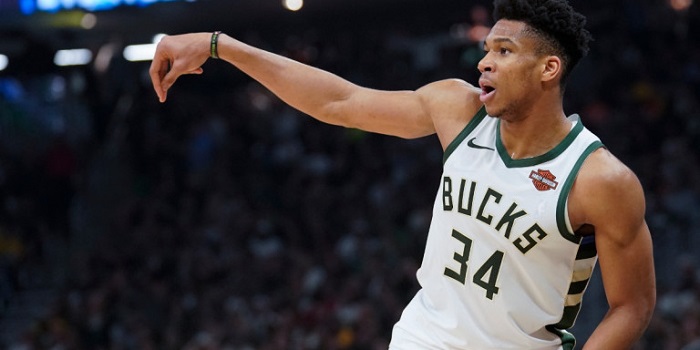 Giannis Antetokounmpo
2019 was yet another year of unbelievable success for the ”Greek Freak” of American basketball, Giannis Antetokounmpo.
The Milwaukee Bucks’ big man capped off another incredible year by being named MVP of the 2018-2019 NBA season during the league’s awards show in June.
His emotional speech the night he received the award will remain in the memory of many forever as a symbol of both humility and pride, of a man who began his life as an undocumented immigrant in Greece, only to end up as America’s most successful basketball player in years.