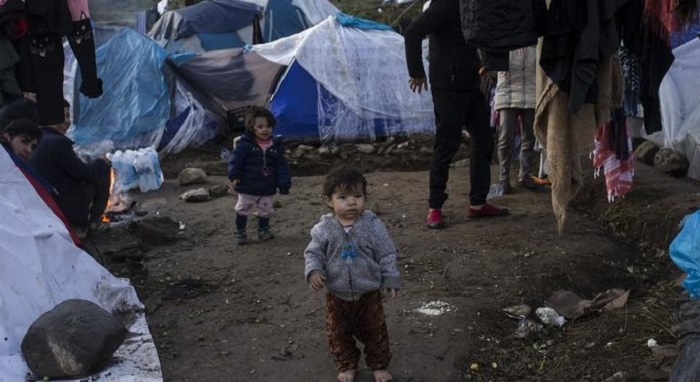 Germany rejected an appeal made by the the European Commission on Monday urging Berlin to accept children from overcrowded migrant camps in Greece.

“The Commission is concerned about the difficult situation for unaccompanied minors on the ground in Greece and remains in close contact with the Greek authorities, notably as concerns the situation on the heavily overcrowded islands and the very challenging situation in the hotspots,” a spokesman told the DPA news agency.

“In particular as regards the more than 5,000 unaccompanied minors, the Commission has repeatedly called upon the member states to continue relocating from Greece on a voluntary basis, with funds provided by the Commission,” the spokesman added.

“The political initiative launched to this end by Greece in October, which the Commission supports, remained so far with limited response by the member states,” the spokesman asserted.

Seehofer told the newspaper that a solo effort by Germany would lead to a “pull effect” that no one could control, suggesting that traffickers would use the action to encourage potential clients to be patient and just wait for Germany to give in.

Deputy government spokeswoman Ulrike Demmer told Frankfurter Allgemeine Zeitung that the federal government remained committed to seeking a European, rather than a national, solution for the admission of migrants from camps in Greece.

She said it was “naturally” a concern of the federal government to “improve the living situation of all people on the ground, including children,” but that a European-wide effort was the only solution.

The Greek War of Independence had many heroes. The first names that come to mind are: Kolokotronis, Karaiskakis, Papaflessas, Bouboulina, Diakos, Kanaris
Greece

Stylianos (Stelios) Kyriakides is a Greek legend for all Marathon runners, although he is best known for winning first place in the Boston Marathon in 1946.
Culture