GRNews
GreekReporter.comEnvironmentAnimalsDog Chained to Tree in Cretan Wilderness Gets Second Chance at Life... 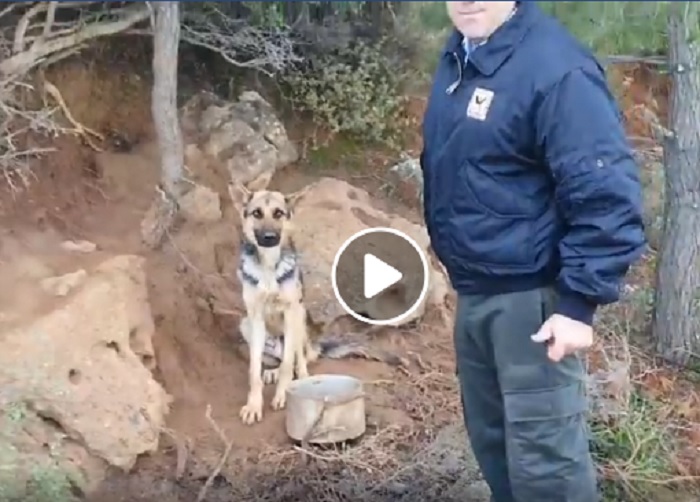 A dog found chained to a tree in the middle of nowhere in southern Crete was rescued on Tuesday by a local animal lover who was aided by the local police.
Takis Proestakis, who runs an animal shelter near the city of Ierapetra, was alerted by the police to the plight of a German Shepherd who was fettered by a half-meter-long chain to a tree near a country road on the outskirts of Ierapetra.
The poor animal had little room to move. A bowl of food was also left next to him, but there was no water. 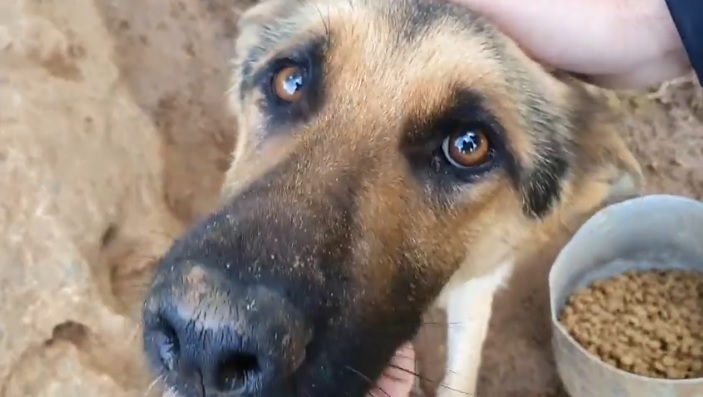 Proestakis said that the dog must have suffered a great deal, since torrential rains have drubbed the region for the last few days.
With police approval, Proestakis freed the dog and led him to his shelter, while the police promised to look for the owner who had so cruelly abandoned the animal.

Proestakis, a former Greek businessman, gave up his comfortable life to devote himself to caring for abandoned dogs and cats.
“Takis’ Shelter” gives a second chance to hundreds of abandoned dogs and cats all over the Ierapetra region.
In a recent interview with Greek Reporter, he said that saving the animals would not have been possible without the generous donations he has received from all over the world.
“Hundreds come over to visit the shelter during the summer. Many Europeans, in particular from Finland and Germany, come over to adopt dogs and cats.”
“I need to meet with prospective owners face-to-face before I hand over the animals for adoption. I want to make sure that they find a loving home,” Proestakis emphasized.

The Man Who Gave Up Everything to Save Stray Dogs

Meet the man from the Greek island of Crete who sold everything he owned to devote his life to a single mission: save all the abandoned dogs of his town! LOVE ANIMALS AND BE LIKE TAKIS! Full story: https://bit.ly/2TesNVW