Takis' Shelter: The Greek Man Who Devotes His Life to Animals (video) 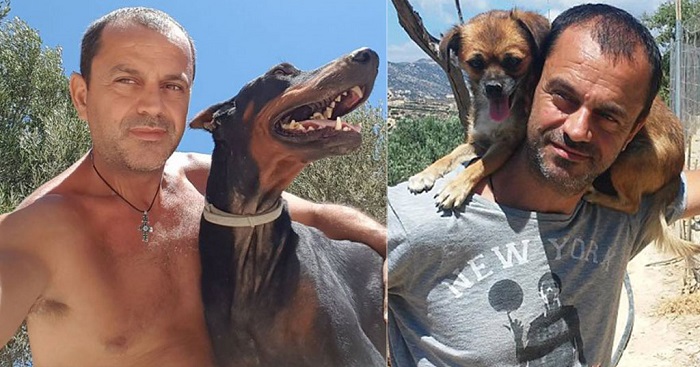 Takis Proestakis, a former Greek businessman in the town of Ierapetra, Crete, gave up his comfortable life to devote himself to caring for abandoned dogs and cats. And now he has even added some stray goats to his menagerie.
The former owner of a popular nightclub in the town has created and maintains a shelter for stray animals, thanks to donations that have come in from across the world.
Speaking to the Greek Reporter, Proestakis told us about the life-changing experience he had six years ago when he took a stroll near the a garbage dump outside the town.
“I saw a dog with broken legs and the bone was out of the leg… I was horrified. I was going back every day to help it recover. One dog became two, and then three, until dozens gathered near the dump. Many were in desperate need of help,” Proestakis says.

“I was really moved by their plight. I cannot start to describe the unconditional love they showed towards me. This changed by whole perspective in life. I abandoned the nightlife for the strays,” he adds.
“I was feeding them and trying to treat their injuries on site. Local residents however, were not happy. They threatened to kill the dogs, claiming they were damaging their properties.
“I asked them to give me a 30-day leeway. I bought a plot of land near the rubbish dump and moved all the animals there. It was perfect. It had fresh water and an olive grove,” Proestakis added proudly.
The shelter has done nothing but grow over the years. It now hosts 342 dogs, forty cats and two goats. His new addition is a young goat named Evita, which strayed from her herd and got lost. She is seen playing with the dogs in the following video uploaded to Facebook.

Posted by Takis Shelter non profit organisation on Friday, May 4, 2018

Proestakis says that saving the animals would not have been possible without the generous donations he has received from all over the world.
“Hundreds come over to visit the shelter during the summer. Many Europeans, in particular from Finland and Germany, come over to adopt dogs and cats.”
“I need to meet with prospective owners face-to-face before I hand over the animals for adoption. I want to make sure that they find a loving home,” Proestakis stresses.
“My dogs who are in the shelter, they have a good life, but a home is a home,” he emphasizes. “Every dog needs a home.” 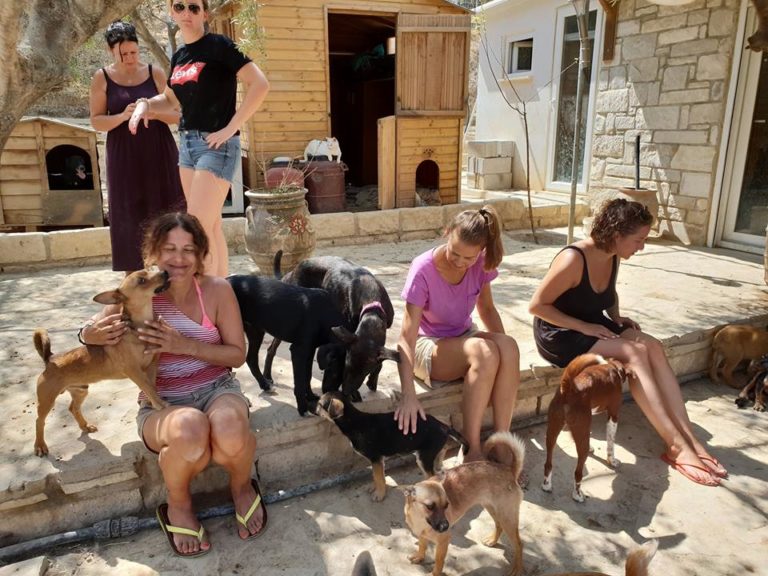 The shelter has now become famous all around the world. A video made during a rescue operation has had more than 115 million views.

Guy Gives Up Everything To Save Stray Dogs

Proestakis says that the problem of stray animals is particularly acute. He notes however, that this is not a new phenomenon. People have always abandoned pets.
Nowadays, there is more publicity about animal rights and the plight of stray dogs. “Tougher laws on animal abuse have helped highlight the problem,” the rescuer says.
“The new generation are also more sensitive with animals and in fifteen to twenty years many things will be different. I think they will be better for the animals,” he says.
He laments the lack of assistance from the local authorities for his shelter, but he is full of praise for the police which help to protect the shelter and the animals.
Every small donation is vital for the operation of Proestakis’ shelter. You can help by donating here:
PayPal.me/Takisshelter. PayPal [email protected]
Bank account
Name : stegi prostasias adespoton zoon
IBAN : GR43 0140 6620 6620 0233 0001 066
Bank name : ALPHA BANK
BIC : CRBAGRAA

When Women’s Rights Ignored Around the World, Nations Fail