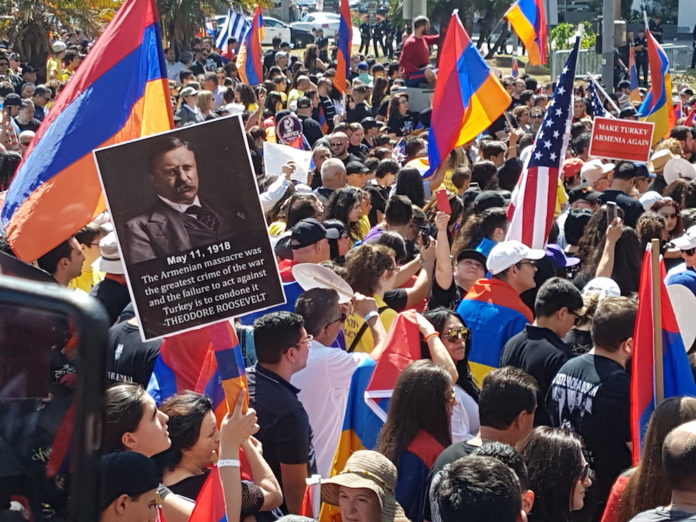 The U.S. Senate on Thursday passed a measure officially recognizing the Armenian genocide. The move was vociferously opposed by the Turkish government and had been blocked by the White House.

The resolution was passed by unanimous consent. Sen. Bob Menendez, D-N.J., had tried to use the procedure to pass the measure three times before, but those attempts had been blocked by different Republican senators.

The resolution provides “official recognition and remembrance” of the killings of 1.5 million Armenians at the hands of the Ottoman Empire beginning in 1915.

“This is a tribute to the memory of 1.5 million victims of the first #Genocide of the 20th century and bold step in promotion of the prevention agenda. #NeverAgain,” Armenian Prime Minister Nikol Pashinyan tweeted.

Turkish Foreign Minister Mevlut Cavusoglu called the vote a “political show” on social media, adding that “it is not legally binding and it has no validity whatsoever.”

A day earlier, a U.S. Senate committee on Wednesday passed legislation to impose sanctions on Turkey  for its invasion of Syria and purchase of Russia’s S-400 antiaircraft defense system. The bill received broad-based bipartisan support.

After passing the resolution Senator Menendez broke down in tears, noting justice had finally been served.

Christina Onassis: The Short Life of an Unhappy Heiress