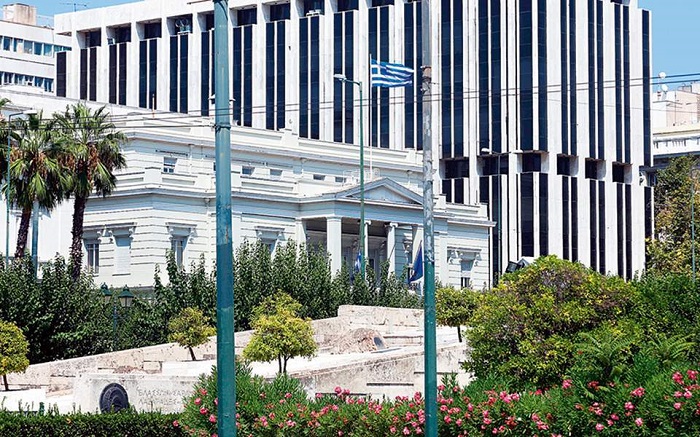 The Greek government announced on Friday that it is expelling the Libyan ambassador to Athens after the Arab country failed to provide the official text of the agreement signed with Turkey on maritime borders in the eastern Mediterranean.
Greek Foreign Minister Nikos Dendias told the ambassador that he had 72 hours to leave the country.
“We strongly condemn the Turkey-Libya Memorandum. I am sorry to announce that this morning the Libyan Ambassador was summoned to the Foreign Ministry and notified of his expulsion. He was given a 72-hour deadline to leave Greece,” Dendias said.
“This decision is a consequence of the fact that the Libyan side did not meet the conditions we had set. The decision does not mean a break in our diplomatic relations with Libya,” the minister added.
The accord between Turkey and Libya’s internationally-recognized government, which mapped out an area in the sea between the two countries, was signed on November 27.
Greece has said any such accord would be geographically absurd because it ignores the presence of the Greek island of Crete between the coasts of Turkey and Libya, while Libya’s neighboring country of Egypt dismissed the deal as “illegal,” as did Cyprus.
Diplomatic sources in Athens said that Greek authorities have finally obtained the text of the memorandum of understanding on maritime zones, but added that this text was not provided to Greece by the Libyan side, a direct innuendo that someone from the Turkish side leaked it.
The Greek diplomats also declared that “The content of the memorandum is contrary to the provisions of the international law of the sea,” after they had read the accord.