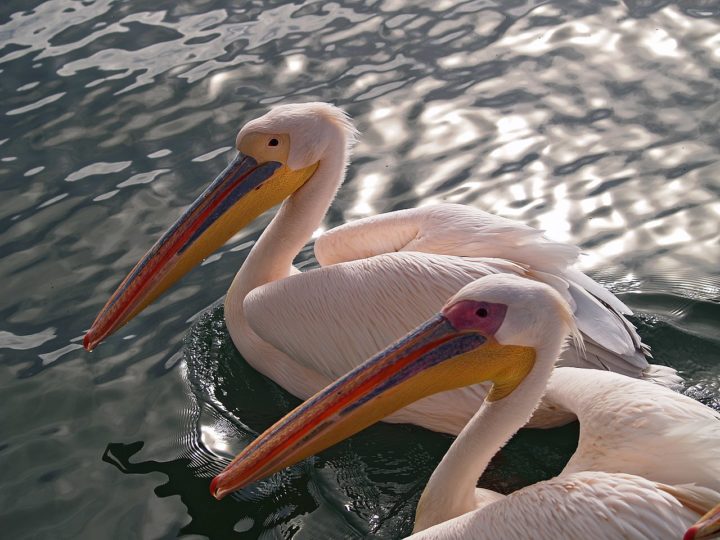 An extraordinary and beautiful story of humans helping animals took place recently in the air between Cyprus and Greece.
Two young rosy pelicans which had failed to complete their migration and became “stranded” on the island nation of Cyprus were transported by plane to Greece’s Kerkini Lake a few days ago.
The birds, who were accompanied on their flight by two representatives of the Fauna Department of the Interior Ministry of Cyprus, were released near the pelicans’ longtime resting spot, the islet of Lithotopos, in Kerkini.
“The rosy pelicans are migratory, gregarious birds and possibly the two pelicans were worn out by the journey because of their young age,” Theodoros Nazirides, the general coordinator of Lake Kerkini management agency, explained to the Athens-Macedonian News Agency.
”That’s why they were left behind, finding refuge on a small lake in Cyprus,” he explained.
The scientists on Cyprus decided it was necessary to transfer the birds to a wetland and they were finally transferred and released at Kerkini, where they immediately met up with other birds of their species.
“Even though the migration period has ended, there are still many rosy pelicans in Kerkini as well as hundreds of Dalmatian pelicans that live in Kerkini. We will monitor the two young pelicans, as they are easily distinguishable by the plastic rings that have been placed around their feet, and in Spring we will wait for them to migrate to breeding sites, such as the Danube River and Prespa Lake,” said Nazirides.
The Rosy pelican (Pelicanus Onocrotalus) is also known as the Great White pelican or the Eastern White pelican.
These showy birds primarily breed from southeastern Europe and are also found in Asia and Africa, living mainly on swamps and lakes.