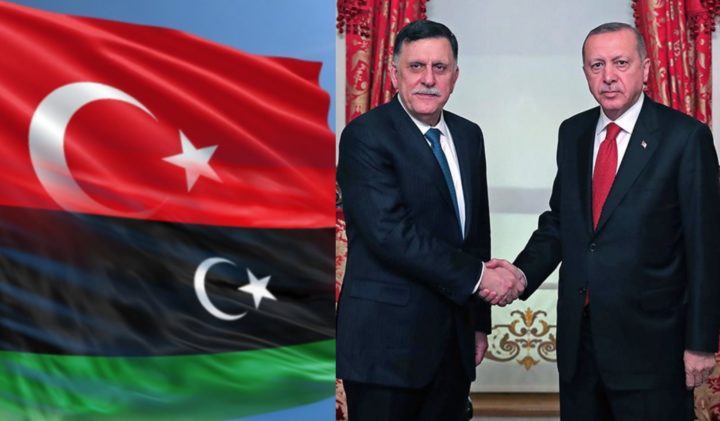 Greek Foreign Minister Nikos Dendias said on Thursday that any discussion between Turkey and Libya to establish an Exclusive Economic Zone (EEZ) is ”completely unacceptable”.
Earlier, the Turkish government announced that Ankara has signed a deal with the internationally recognized government of Libya on maritime zones.
The two countries also signed an agreement on enhanced military cooperation.
There is still no information on the exact details of the maritime borders agreed by the two countries, but it is believed that this development will make the situation in the Eastern and Central Mediterranean even more complicated.
Dendias said that the agreement is ”beyond all reason,” adding that it ”shows a complete lack of geographic knowledge.”
The Greek Foreign Minister noted that the agreement ”obviously ignores something that everyone can see; that between these two countries (Libya and Turkey) lies the large geographical volume of Crete.”
Turkey has been already conducting illegal research and drillings in the Eastern Mediterranean Sea, violating directly the EEZ of the Republic of Cyprus.
Turkey’s erratic behaviour has angered not only Nicosia and Athens but the European Union as a whole, which has already imposed sanctions against the country.