Pope Francis to Visit Cyprus on 60th Anniversary of Independence 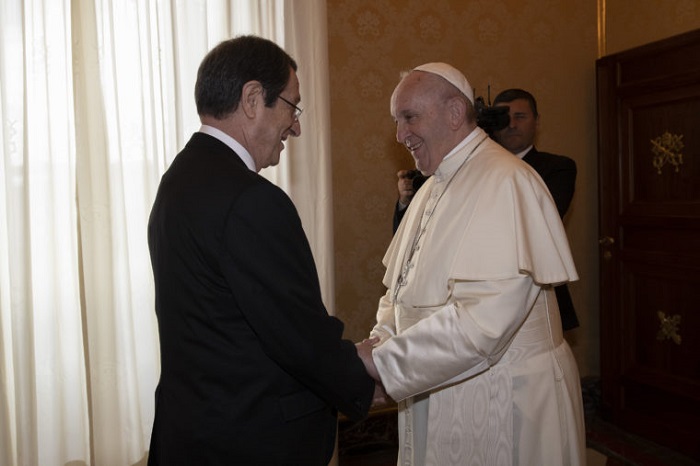 Cyprus President Nicos Anastasiades announced on Monday after talks with the pontiff in the Vatican that Pope Francis has accepted his invitation to make an official visit to the east Mediterranean island nation next year.
In 2020, Cyprus will mark the 60th year of its independence from British colonial rule and one decade since Pope Benedict XVI traveled to the island, the first pontiff ever in history to do so.
Cyprus was the initial stop on Saint Paul’s first journey to spread Christianity in the first century A.D. and he converted the Roman governor of the island, Sergius Paulus, to the new faith.
Cyprus is also linked with Saint Lazarus — the man who according to the Christian scriptures was resurrected by Jesus. Later fearing persecution, Lazarus fled to Cyprus and was appointed a bishop there.

The Santorini shipwreck of the cruise ship MS Sea Diamond has been a permanent feature of the Greek islands for the last 14 years.
Diaspora

Greece ranks twice on a list of the top "secret beaches" in Europe featured in the latest edition of Travel + Leisure, a top travel magazine.