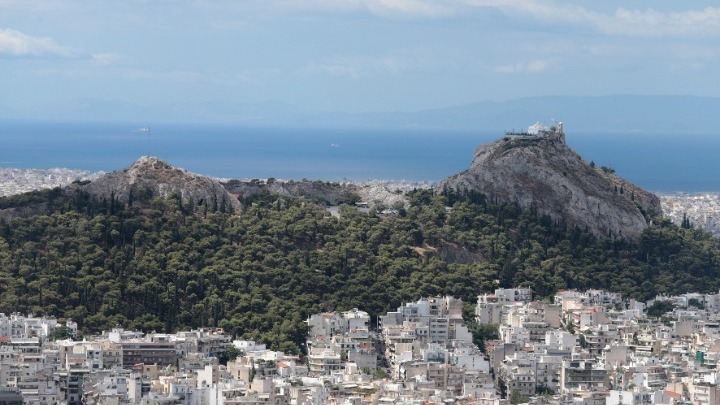 Lycabettus Hill, an iconic landmark in the landscape of Athens, is to undergo a major overhaul designed to make it safer and more attractive to visitors and local residents, the City of Athens announced on Thursday.
The works, which are scheduled to begin immediately, are estimated to take roughly 18 months, while the entire project is budgeted at 1.5 million euros, based on plans drawn up by the previous municipal administration.
According to an announcement, Athens mayor Kostas Bakoyannis will ask the Public Properties Company to make a concession of the 3.5 hectares that it owns on Lycabettus Hill (out of a total of 44.2) to the municipality, so that the latter can press ahead with its plans for a comprehensive makeover.
Bakoyannis said that his aim is to give Athens citizens and visitors not only an improved environment for living and going about their daily activities but also a place which will enhance the cultural life of the city.
Using the land donated by the Public Properties Company, the municipality will complete the project by creating an urban forest of “unique beauty and usefulness,” not only for Athens but for all of Attica, Bakoyannis added.
Among the planned works are the pilot implementation of innovative anti-flooding techniques which use aesthetically-pleasing and natural, ecologically-sound materials, as well as the laying of a special tarmac on a road running through the woods for about 1,700 meters, (one mile).
The road will be designed to not only blend harmoniously into the landscape but provide comprehensive anti-flooding protection in addition.
Other plans for Lycabettus Hill include a refurbishment of existing footpaths and pedestrian routes, covering about 3 km (1.8 miles), which connect different sites on the Hill.
Source: AMNA