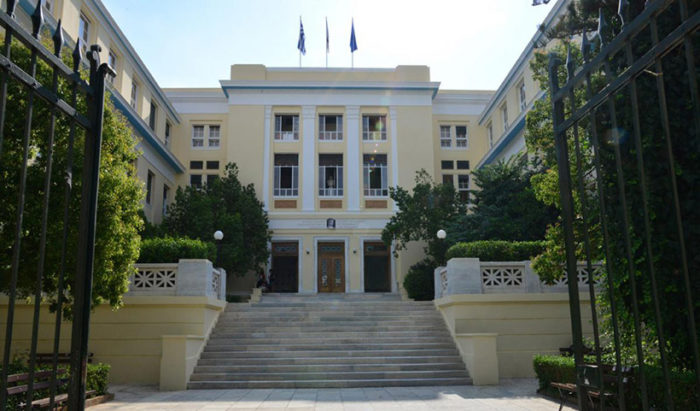 A large police operation inside the premises of the Athens University of Economics and Business (AUEB) took place in the early hours of Sunday.
Large numbers of police officers were deployed inside and outside of the University, following Friday’s warning from the Senate of the University that incidents recorded at the University’s facility are capable of endangering the safety of its community members.
Initial information from police operations suggests that motorbike helmets, stick poles, gloves, hoods, clothing,  and face-covering materials, as well as extinguishers, anarchist leaflets, pieces of marble and stones used in attacks, were found and confiscated. 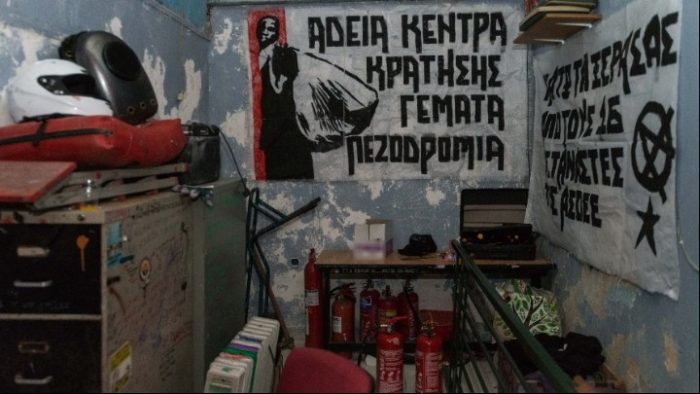 Friday’s statement of the University’s Senate noted also that ”strangers have been entering and leaving the premises of the University uncontrollably, either to use the premises as a base for clashes with police forces or to desecrate the building, attempting to terrorize members of the community.”
The new Conservative government abolished the so-called ”University Asylum” that prohibited police forces from entering the premises of the country’s universities unless serious crimes were committed.
Today’s operation also comes only a week before the anniversary of the student uprising of November 17, 1973 — an occasion traditionally linked with riots and clashes between anarchists and police forces in Athens.