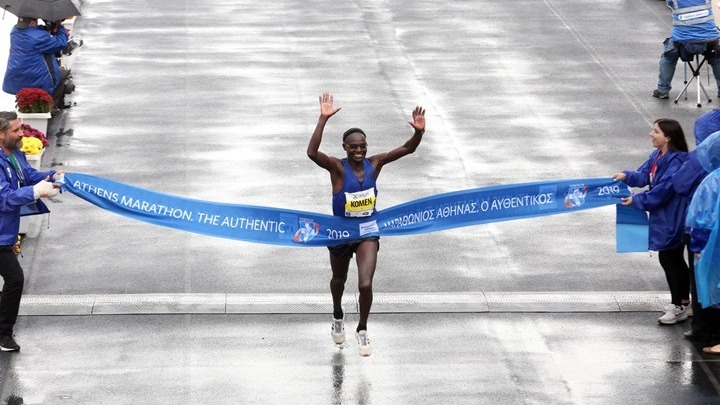 John Kipkorir Komen from Kenya is the Marathon runner who managed to finish first in the 37th Authentic Athens Marathon on Sunday.
He completed the marathon at 2:16:34. The record for Athens’ Marathon is 2:10:37.
Felicien Muhitira finished second at 2:16:43; Muhitira lost first place to Komen in the last few hundred meters of the race.
Third, and first among the Greek athletes who participated was Costas Gkelaouzos.
Gkelaouzos also managed to break his personal record, finishing at 2:19:02.

The weather in Attica was unsettled with showers and rain during most parts of the Marathon.
However, thousands of spectators went to cheer and see the athletes during their competition.
Over 60,000 runners from around the world came to the Greek capital and flooded the streets and avenues of Attica to compete in the classical 42.195-kilometer route, as well as the 5km and 10km races, along with other, shorter races organized for children and people with special needs.
Approximately 20,000 people participated in the Marathon route itself, with the rest taking part in other, shorter routes. 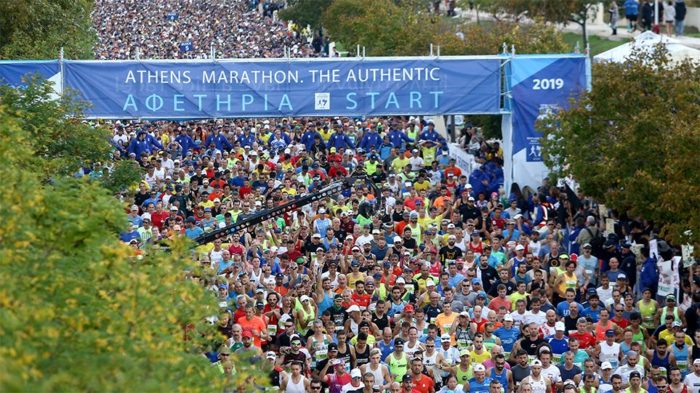 This year’s participation was among the highest, proving the popularity that the only authentic Marathon race in the world has gained over the last years.
The Athens Marathon course has its roots in the legend that Pheidippides, an ancient Greek messenger, ran from the Battle of Marathon to the city of Athens to announce the victory of the Greeks over the Persians.
When Pheidippides arrived in Athens, without having stopped, he burst into the assembly, and exclaimed the famous Nenikekamen! which is the Greek for “we have won!”.
He then collapsed and died from his effort.
The official results of this year’s Athens Marathon are as follows: 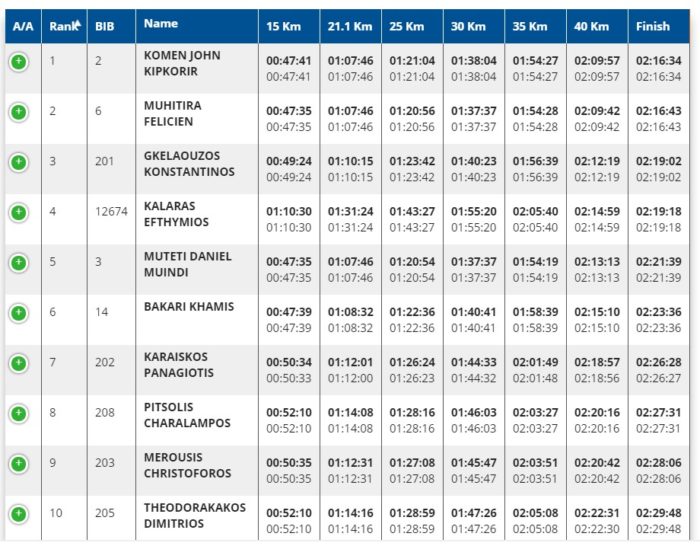