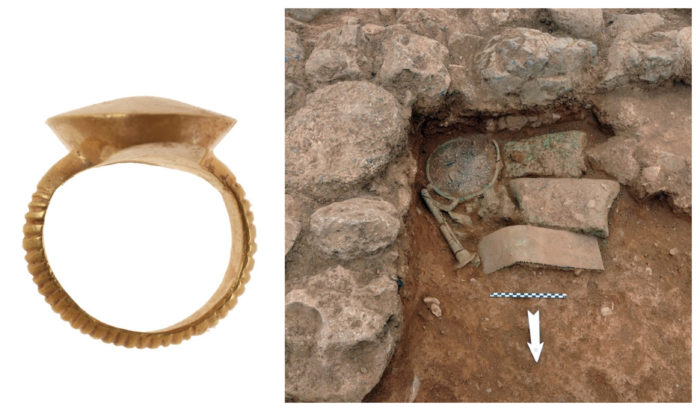 Greece’s Ministry of Culture issued a statement on Friday, informing the public about the important results of a recent archaeological excavation conducted on Crete.
The most recent dig was were undertaken on the tiny islet of Chrysi (Gold) off the coast of Eastern Crete, where the Antiquities Ephorate of Lasithi was responsible for the research.
Among the impressive findings were large quantities of shells used to produce red and purple paint, known as ”porfyra” in ancient Greek, proving that the settlement had developed an industrial level of production of this particular paint, which was later used on the impressive Minoan constructions on Crete.
”The multitude of broken red/purple shells found in the rooms of the dwellings prove the existence of a very early Mediterranean craft production of paint, developed during the (building of the) early palaces of Crete,” the Ministry announced in their statement.
Despite there still being no architectural evidence that the settlement was especially  prosperous, the Ministry said that the quality and the state of the products discovered by archaeologists prove that ”the settlement had a thriving economy.”
The archaeological excavations of 2018 at the same site revealed a gold ring, a gold bracelet, 26 gold beads, one silver bead, five bronze ones, and a bronze ring sling.
During the 2019 excavation, another treasure trove, with ancient ”talanta” coins was found along with a large saw and three vases, all made of copper.
Their weight exceeds 68 kilograms (50 pounds), according to the Ministry’s statement.
Many additional individual objects were found as well, including an agate seal which formed an imprint of a ship. The top of the seal was in the shape of an animal’s head.
Archaeologists believe that the findings date back approximately to 1500 BC, and belonged to members of the upper class of the region’s society, most likely administrators and traders.