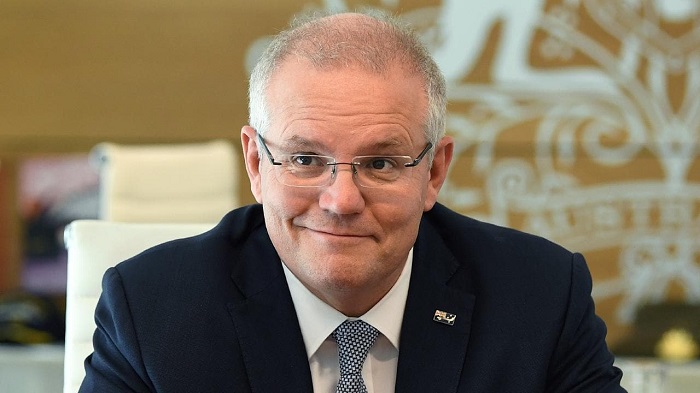 The Hon Scott Morrison, the Prime Minister of Australia, has delivered a message to the Greek Australian community for the October 28 “Oxi Day” celebrations.

“Modern Greek history contains few greater testaments to the Hellenic fighting spirit than the events of World War II – a source of enduring pride as generations of Greek people reflect on the courageous and defiant struggle against invasion and occupation.

“The emphatic ‘όχι ‘– No!’ in response to threatening forces, the sacrifice and losses of the Greco-Italian War, and the Resistance against Axis powers form part of an enduring legacy that has come to hold a place at the heart of Greek identity.

“This Oxi Day, I share in the admiration felt by many Greek Australians for those who lived through these historic events. I pay tribute to those who fought, who suffered and endured, and who played a role in slowing the aggressor’s advance and bringing the war to an end.

The Australian Prime Minister concluded his proclamation by saying “Above all, I acknowledge the enduring friendship between Australia and Greece forged in the heat of war – and I honour the sacrifices made to secure the freedom enjoyed by us all today.”

Snakes Were Used to Heal the Sick in Ancient Greece