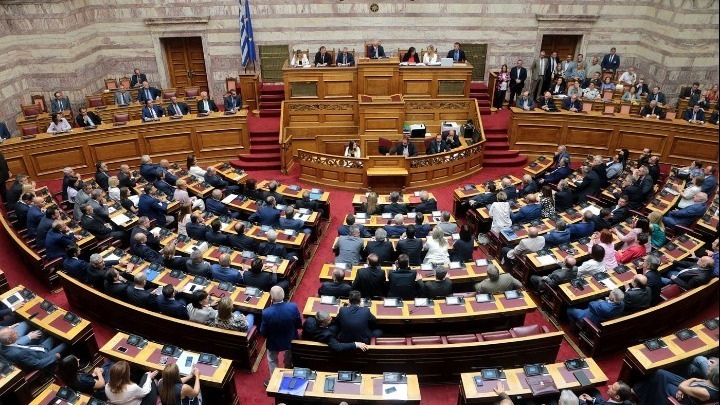 The Greek Parliament passed an economic development bill on Thursday which is aimed at boosting economic recovery in the post-bailout era.
The bill, entitled “Invest in Greece,” was ratified with the support of 165 lawmakers in the 300-member strong assembly, while 122 MPs voted against the legislation.
The development bill simplifies processes for investors, particularly regarding regulations on the environment, urban planning and land use planning, aiming to reduce red tape and speed up procedures for building and investment.
It also introduces changes to the operation of labor unions, alterations which already triggered strikes and protests by several unions ahead of the vote.
“The ‘Invest in Greece’ bill brings Greece’s investment sector into the 21st century and the digital age,” Prime Minister Kyriakos Mitsotakis said on Thursday in a post on Twitter, adding “It incorporates good European and international practices, lifts bureaucratic obstacles to investment and encourages full employment.”
The Prime Minister’s post was accompanied by a video, which says that the development bill ‘Invest in Greece’ unlocks investment, speeds up procedures, reduces bureaucracy and opens the way for creating many new jobs.
Alexis Tsipras, the leader of the main opposition party SYRIZA, launched a fierce critique of the bill during its discussion in Parliament, saying that it “serves corporate interests.” It is also characterized, he said, by an extremely neoliberal philosophy that runs against both labor rights and most people’s interests.
Tsipras asserted that the “first 100 days of the post-electoral grace period is over,” and warned that his party will now pursue a more acutely critical stance against the ruling New Democracy party’s overall platform.