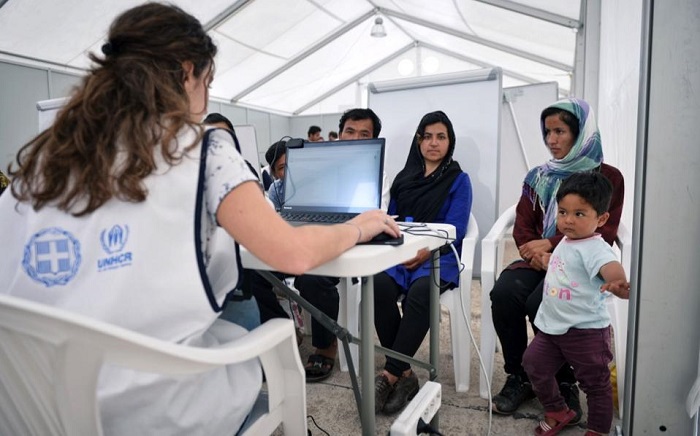 The new bill laying out the procedures by which refugees and migrants are either granted asylum status or are deported came before the Greek Parliament late Monday night.
The aim of the new bill is to significantly reduce the time an individual spends waiting for  his or her asylum application to be approved or declined.
However, numerous human rights organizations, as well as the opposition, are accusing the Greek government of not granting them adequate time to review the bill and for not consulting them beforehand on its specifics.
If the bill garners enough support to pass, as is expected, serious restrictions will be imposed on appealing asylum decisions. Additionally, Post Traumatic Stress Disorder (PTSD) will be excluded from the conditions for which a refugee or migrant might be granted asylum status, unless concrete medical evidence is presented.
The bill also introduces a series of new regulations that would restrict the movement of refugees and migrants within the country.
These include the provision that all asylum seekers are obliged to stay in organized camps while their applications are being processed so that they can be located in the event their application is denied.
This aims to increase the number of deportations of those who are not granted asylum status.
While there is general agreement that Greece needs to speed up the procedures of granting or rejecting asylum status to refugees and migrants, there are serious concerns over the specifics of the bill.
Major human rights organizations, including the respected groups Doctors Without Borders and Amnesty International, believe that the conservative government’s reform would violate fundamental human rights, forcing a large number of refugees and migrants into a  situation where their rights will not be respected.
The declared intention of the Greek government is that the application process will last for no more than six months. The granting of asylum in some cases today can take up to ten years.
Under the new provisions, a refugee whose application is approved will be granted a three-year permit to stay in Greece, while those who are found in need of protection will obtain a one-year permit.