TechNews
GreekReporter.com Greece Ten of Greece's Lesser-Known Villages and Towns That Will Blow Your Mind 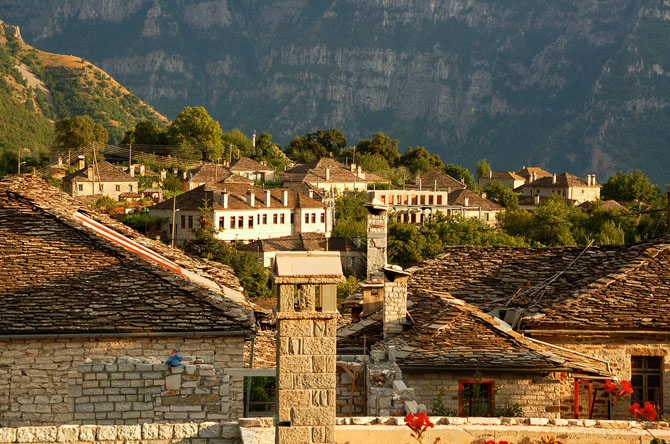 Justly renowned for its seaside resorts and its endless beaches, Greece also hides some places which are either completely unknown or little known to the outside world. However, these gems definitely offer unique scenery and are of great cultural interest, whether they are on the country’s diverse mainland or on some of its well-known islands.
Let’s take a look at some Greek villages and towns whose unique style and character offer the ideal alternative vacation for those who have had enough of the traditional beach holidays in Greece.
Arnaia, Chalkidiki 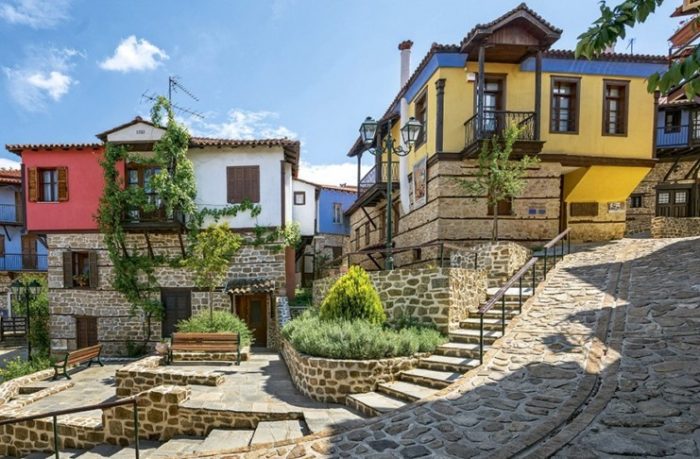 Arnaia is a small mountain town in the heart of the Chalkidiki region in Central Macedonia,  well-known for its splendid beaches and seaside resorts.
However, the small town of Arnaia has a completely different character than coastal Chalkidiki. Beautifully-kept traditional buildings, cobblestoned alleyways, and lovely cafes, tavernas, and shops transfer you to another world, that of ancient, traditional Macedonia, long before tower blocks and modern buildings.
Its well-preserved, traditional Macedonian character transforms this place into a hidden time-capsule, just a few miles from cosmopolitan Thessaloniki, Greece’s second-largest city.
Pyrgi, Chios 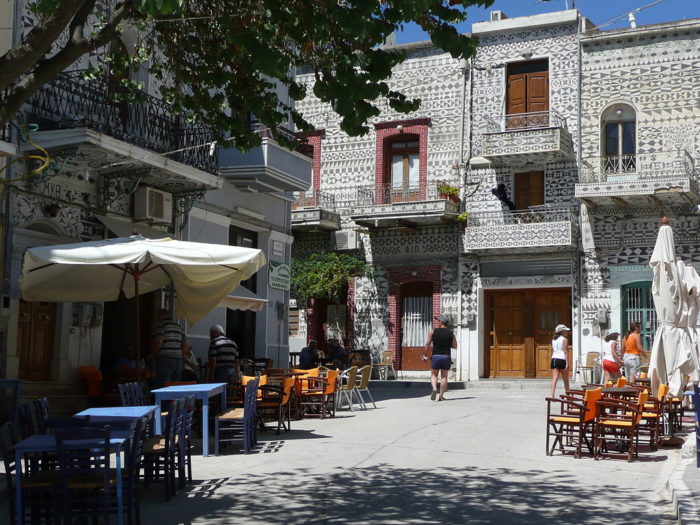 One of the largest — and most distinctive — villages on the island of Chios, Pyrgi is the center of the ”Masticochoria,” the well-known mastic towns, comprised of a complex of villages where the unique Chios mastic gum is produced.
Pyrgi, along with the rest of the mastic villages, is included on UNESCO’s list of places exemplifying the “Intangible Cultural Heritage of Humanity,” making its 750 permanent residents justifiably proud of their hometown.
One of its distinctive characteristics of the town is that its houses are covered with ”sgraffito,” spectacular geometrical patterns painted mostly in hues of black, white and gray. This feature makes a stroll along its streets an unforgettable experience for those fortunate visitors who have the chance to see it in person.
Litochoro, Pieria 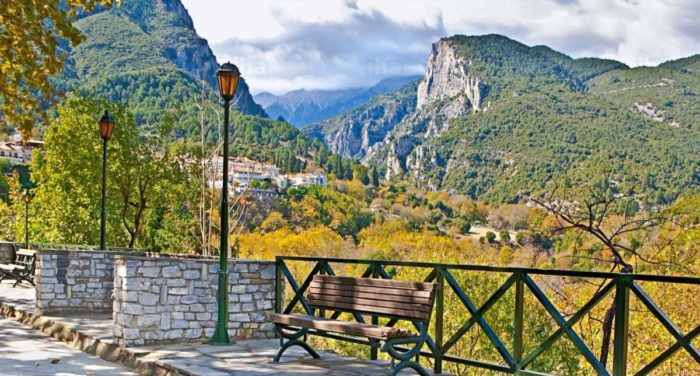 Litochoro, in Pieria, Central Macedonia is a town of approximately 7,000 permanent residents. However, the town is a popular tourist destination, not only for those who wish to visit the magnificent natural areas around Mount Olympus area but for those who wish to take on the difficult task of climbing Greece’s ancient “Mountain of the gods.”
Neslted into the foothills of one of the most well-known mountains in the whole world, Litochoro is not only literally the gateway to Olympus, but also a destination in itself for those who enjoy their summers on the nearby beaches along the coast of Pieria.
Litochoro combines a traditional Greek village character with facilities found in modern cities, and is a perfect escape for those who want to combine mountain and sea, leisure and adventure.
Arkochori, Naoussa 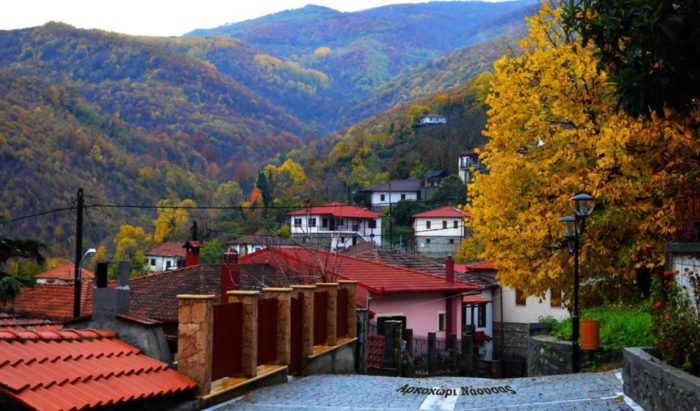 In the very heart of the Mount Vermio region, Arkochori, which literally means ”Bear Village,” is approximately a one-hour drive from Thessaloniki and only four miles from Naoussa, in the regional unit of Imathia.
The village’s buildings were restored several years ago and it is now a popular alternative destination for those who wish to spend a few days away from the busy rhythms of city life.
Beautiful narrow streets, with spectacular views over the steep, tree-covered slopes of Vermio, and boasting an array of traditional cafes and restaurants offering local delicacies, Arcochori is a must-see, especially during autumn and winter.
At that time of year, the slopes surrounding the village show a splendid palette of vibrant fall colors, and then are later frosted with snow, adding to the area’s charms. Located just a few miles from “3-5 Pigadia,” one of Greece’s best ski resorts, Arkochori is the ideal escape for those who know how to enjoy the beauties of the mountains.
Assos, Cephalonia 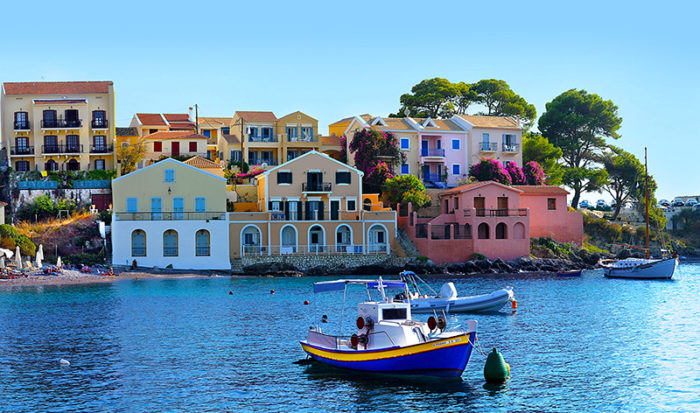 This tiny but remarkably colorful and picturesque village on the Ionian island of Cephalonia is without a doubt one of Greece’s hidden gems.
Originally designed to become one single, massive castle by the Venetians, Assos turned into a village which thrived during the Middle Ages.
Nowadays, its colorful and elegant houses and its countless brightly-hued fishing boats, along with the sparkling turquoise of the Ionian Sea, create a unique combination of natural and architectural beauty which awaits your exploration.
Papingo, Pindos

Located in the heart of the Pindus region, inside the breathtaking Vikos–Aoös National Park in Epirus, the village of Papingo is an oasis of unique architecture surrounded by Greece’s most impressive mountain range.
Attracting thousands of tourists, hikers and mountain-lovers from across the world every year, Papingo is home to a unique type of Greek landscape, perhaps more reminiscent of the Alps, which has miraculously managed to preserve its traditional character throughout the decades.
Hotels, hostels and a number of traditional shops cling to the slopes of the mountain, ready to introduce you to one of Greece’s most unknown and under-appreciated areas which have  an almost Alpine beauty.
Syrrako – Kalarites, Ioannina

Also located in the Epirus region, the villages of Syrrako and Kalarites are surrounded by two impressive mountains, called Peristeri and Tzoumerka.
Their distinctive style of architecture, seen across the northwestern part of Greece, impresses all visitors fortunate enough to see it with its simplicity of line and ancient beauty.
Built on the edge of a steep ravine, Kalarites also has a unique microclimate. It is known for its complete lack of humidity as well as its long, harsh winters, full of snow and ice.
These two, nearly identical, villages are approximately 50 kilometers (31 miles) from the city of Ioannina.
Archanes, Crete 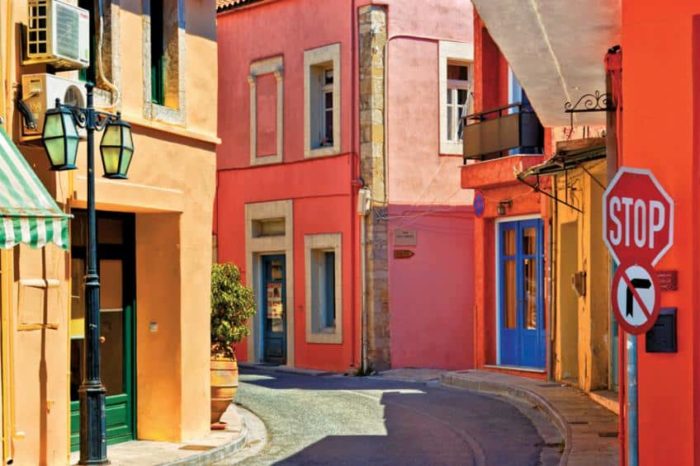 Crete is known around the world for the beauty of its spectacular coastlines, its ancient Minoan culture and for the part it played in ancient Greek mythology. Archanes, a town in the regional unit of Heraklion, has beautifully preserved its traditional character, but still remains relatively unknown to the wider public.
Its mainly agricultural economy is combined with relatively non-invasive forms of alternative tourism, which offers visitors the chance to enjoy the unique Cretan way of life.
A stroll along its colorful streets shows that it is one of Crete’s most beautiful towns, and it has a great deal to offer, especially during the off-peak season.
Makrinitsa, Pelion 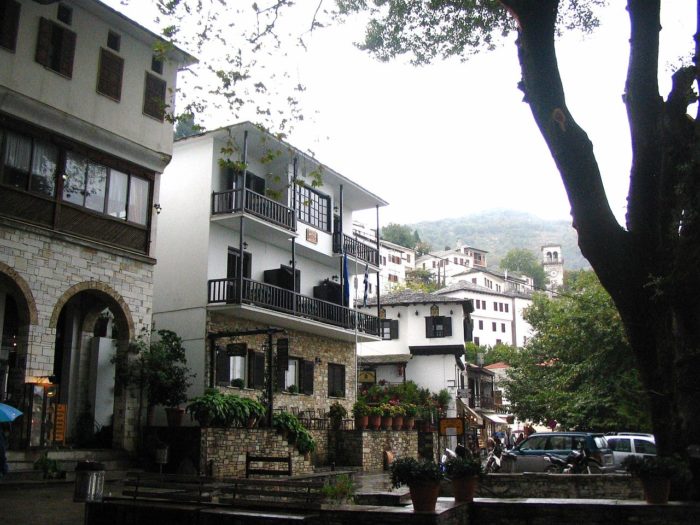 Also known as the ”balcony” of the Mountain of the Centaurs, Makrinitsa is probably the most well-known village of the Magnesia and Mt. Pelion regions.
Built amphitheatrically and overlooking the beautiful city of Volos and its Pagasetic Gulf, Makrinitsa impresses not only with its jaw-dropping natural beauty but with its stylish buildings as well, which are unique in the country.
A full complement of shops, cafes, and restaurants, along with its well-developed hospitality sector, can guarantee a trip that will be unforgettable.
Samarina, Grevena 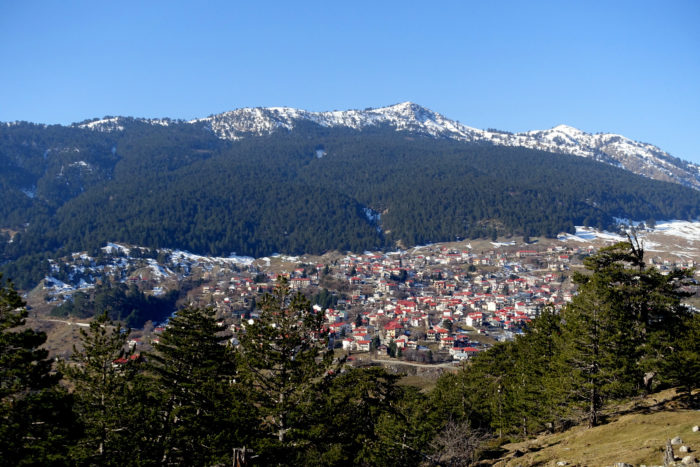 Located on the eastern side of Mt. Smolikas, which is part of the Pindus mountain range, the village of Samarina proudly preserves its original Vlach origins, which date all the way back to the first Roman settlers in Greece.
At an altitude of more than 1,300 meters (4,265 feet) above sea level, Samarina is one of  the highest inhabited villages or towns anywhere in southeastern Europe.
Usually one of the first inhabited places in Greece to see snow each year, it offers many opportunities for a unique and unforgettable outdoor experience.
Rugged hiking trails in the snow-capped mountains and great opportunities for hunting are among the top offerings for travelers to the Samarina area.