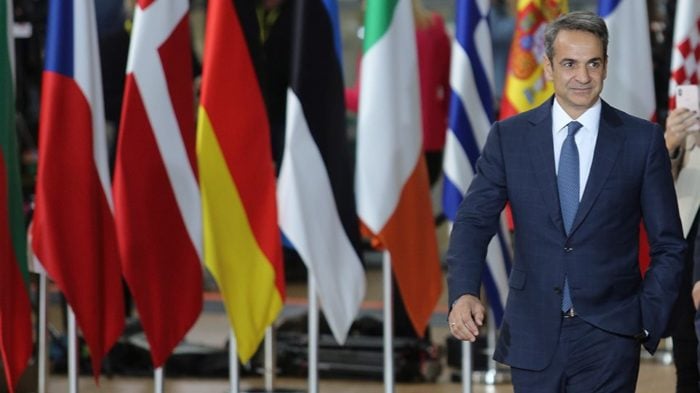 Arriving at the crucial European Council taking place in Brussels, Greek Prime Minister Kyriakos Mitsotakis spoke to reporters about his party’s recent election victory, as well as immigration and the economy.
”Neither Greece nor Europe can be blackmailed by Turkey,” Mitsotakis declared, adding that ”the EU must show much greater solidarity with Greece in managing migration and prepare a new package of measures on migration and asylum, but also a plan B, if the current crisis develops into an emergency.”
Referring to European sanctions against Turkey, the PM noted that Greece has from the very first moment supported the decision by the General Affairs Council regarding targeted sanctions on persons and companies involved in the illegal drilling carried out by Turkey in Cyprus’ territorial waters.
Council meetings on Thursday’s and Friday are expected to focus on a series of issues, including the new Brexit deal reached between the UK and the EU as well as Turkey’s recent actions.