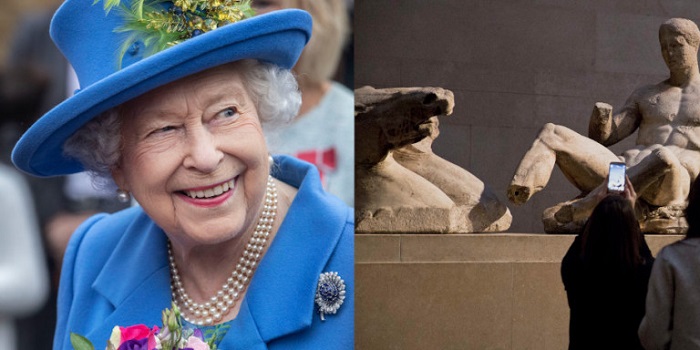 An Australian campaigner wrote to Queen Elizabeth several months ago asking for her intervention in returning the Parthenon Marbles from the UK to Greece — and she received a reply.

According to Greek daily newspaper Ta Nea, Mary Drost, who has been awarded the Medal (OAM) of the Order of Australia, wrote a letter to the Queen on August 1 of this year.

“Your Majesty, I speak on behalf of the Greek community in Melbourne, which calls on you to intervene for the return of the Elgin Marbles to Greece, where they belong,” the letter reads.

It makes a special reference to the monarch’s husband, Prince Philip, one of whose titles was “Prince of Greece and Denmark” before his marriage to Elizabeth II. “I’m sure the Duke of Edinburgh would agree.”

“Dear Mrs. Drost: the Queen has asked me to thank you for your letter. Her Majesty has carefully taken into account your views on the “Elgin” Marbles. I must explain, however, that, as a constitutional monarch, the queen acts on the advice of her ministers and remains strictly neutral on political matters.

Therefore, what you are asking for, the return of the sculptures, is not an issue in which Her Majesty could intervene.”

It is thought that this is the first time that the British monarch has made a statement on the Parthenon marbles, which are exhibited at London’s British Museum.

Speaking to the Greek newspaper, Drost said she had already known that the issue does not fall in the remit of the queen’s duties. “However, the letter I received shows that she is definitely interested in the matter, as I am sure her husband is interested in it too,” she said.

The Australian woman added that she had visited London and the British Museum twice since her correspondence with Buckingham Palace. “I sympathize with the Greeks and their desire to see the sculptures again where they belong,” she added.

The History of the Ancient Greek City of Thebes