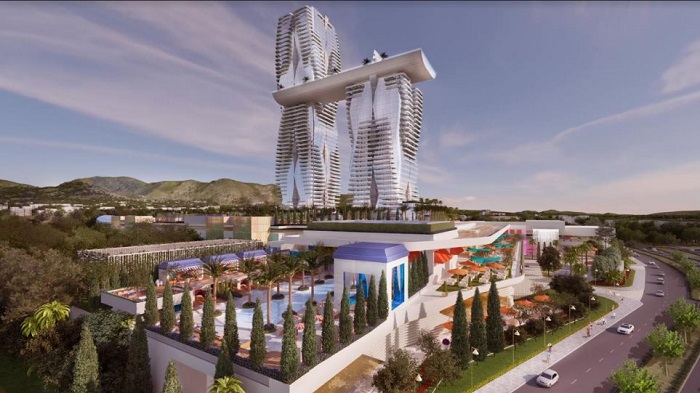 The American gaming giant Mohegan revealed its design on Tuesday for an Athens casino to be built at the former Hellenikon Airport south of the Greek capital.
The casino, which is quite futuristic in appearance, will be named “Inspire Athens” and will have at least 120 gaming tables and 1,200 slot machines, as well as a luxury hotel, a conference center and a sports center. There also appears to be an infinity-type swimming pool halfway up the towers of the hotel.
Connecticut’s Mohegan Gaming & Entertainment Company, which is working with Greek contractor GEK Terna, is squaring off against Florida’s Hard Rock International, the country’s gaming commission stated as the bids were submitted at the October 4 deadline. 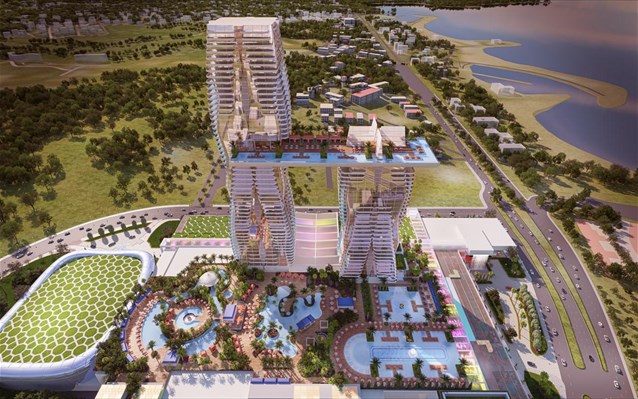 According to a report from Reuters, the winner in the bidding process is expected to be named by the end of November, 2019.
The total cost of the gigantic Hellenikon Airport redevelopment project is expected to be close to $9 billion.
Already acclaimed as Europe’s first integrated casino resort and the very first Hellinikon investment, the resort will include gaming-integrated hotels, convention facilities, entertainment shows, theme parks, as well as luxury retail and fine dining.
The ambitious Mohegan development is set to occupy approximately 15,000 square meters of the 6,200,000 square-meter Hellinikon Project.
The broader multi-faceted development is also slated to incorporate a metropolitan park, shops, offices, sports and conference facilities, luxury hotels, museums, and shopping malls.
Cultural venues, health centers, educational and research facilities and a marina will round out the many amenities of the new Ellinikon area.