GRNews
GreekReporter.comEnvironmentAnimalsThousands of Goats Munching Parts of Greece's Samothrace Island into a Moonscape 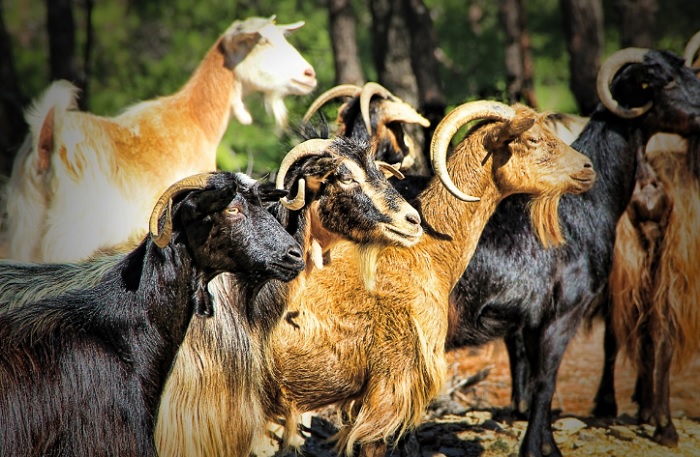 On the Greek island of Samothraki, in the north Aegean Sea, goats are now posing an imminent threat to the natural environment as a result of overgrazing, according to a new Associated Press (AP) report.
Goats far outnumber humans on this island; there are only 3,000 human inhabitants there but approximately 45,000 goats at present.
In the 1990s, the goat population was estimated to be as high as 75,000, but it has since dropped below 50,000, since there is now so little vegetation left to graze on, according to the report.
When torrential rains hit the north Aegean island two years ago, the town hall was swept away and the roadways were cut off by mudslides, since there were no trees or other vegetation left on the mountainsides to stop the movement of the oversaturated soil and loose rock.
“There are no big trees to hold the soil. And it’s a big problem, both financial and real because (the mud) will come down on our heads,” George Maskalidis, from the organization called “Sustainable Samothraki,” explained to the AP.
With tens of thousands of goats having eaten their way through the island and so little vegetation left, the majority of goats there are now malnourished, and so cannot even be sold commercially for meat.
Feeding the animals isn’t an option either, as it is prohibitively expensive.
Meanwhile, the prices for wool, leather, meat and milk have also dropped, and this puts local farmers in an especially tight spot.
Acknowledged as an issue for decades now, experts and locals are finally working together to find a way to save Samothraki’s ecology and economy from this predicament.
“Most of us are ready to give up,” said Yiannis Vavouras, a second-generation goat farmer. “If I had another job, I would drop the goats. It doesn’t make enough to buy you a coffee,” he complains.