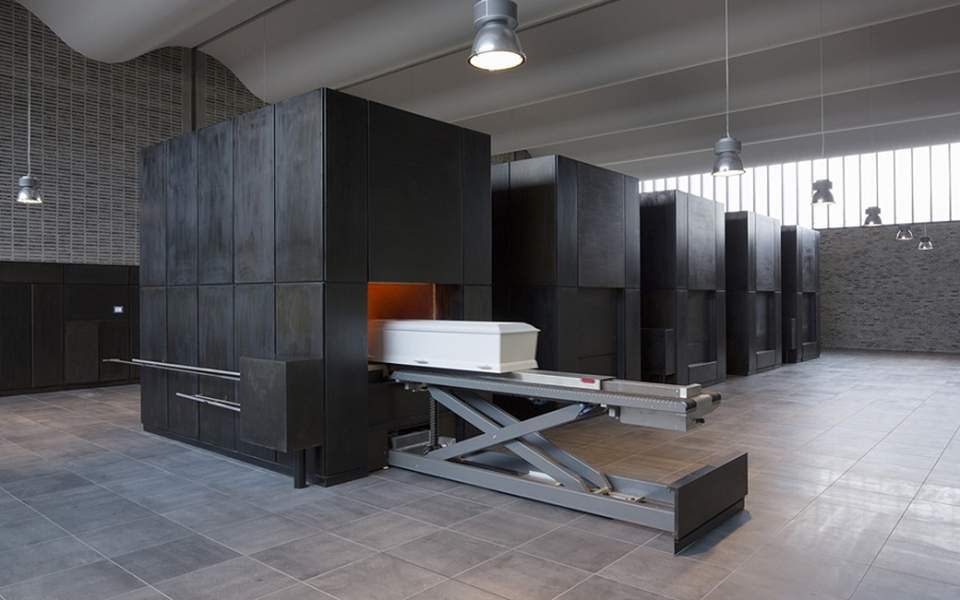 In a matter of days, Greece’s first incinerator will start operating in Ritsona, 13 years after the pertinent bill passed in parliament.
The private facility is located in Ritsona, about 70 km from Athens.
“Cremation of the dead is widespread in the Christian world, namely in Europe, the U.S., Canada, and South America, and the percentage of those who choose incineration instead of burial are higher in some of them, such as Great Britain, Germany, Poland, the Czech Republic, America, etc. Greece was the last country in Europe that did not have incineration facilities,” president of the Greek Cremation Society, Antonis Alakiotis, told the Athens-Macedonian News Agency (AMNA).
“The establishment and operation of the first Cremation Center in Ritsona is a historic change for Greece’s funeral customs. Until today, thousands of families had to take their dead loved ones to Bulgaria or other countries. At an enormous financial and emotional cost,” Alakiotis continued.
“Cremation as an option has become particularly popular in recent years as it relieves families of the inhumane experience of exhumation, the construction of a tomb that will be destroyed in three years, the obligation to pay 40 to 100 euros per year for the bones to remain in the cemetery. In general, cremation is more economical and emotionally painless. We do not have official figures on how many cremations are done abroad, but we estimate that there are a thousand,” said the president of the Greek Cremation Society.
The Association of Athens Funeral Parlor Owners views positively the operation of incinerators in Greece, even though the number of those who choose cremation is small, according to president Athanasios Kostopoulos.
“It’s something positive… All of Europe has incinerators and obviously creating one in Greece is a good thing. The most accessible incinerator to date has been in Sofia, Bulgaria. Most cremations were done there. It is a trend, and regardless of someone’s religious beliefs, it is an individual choice. However, there is no rapid increase in the number of people requesting cremation. We are talking about 500 requests a year out of 100,000 to 110,000 deaths. The percentage is small,” Kostopoulos said.
(Source: AMNA)