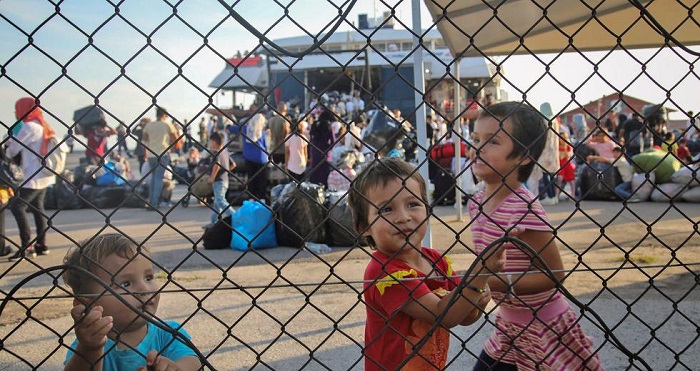 The Greek government is planning to tighten up procedures for providing free health care and other benefits to thousands of migrants and asylum seekers.
According to a circular issued this week to all state agencies by the Labor Ministry, the previous arrangements according to which virtually all migrants and asylum seekers were entitled to free health, pharmaceutical and hospital care, including necessary psychiatric care, are to be amended.
Until now, practically all migrants and asylum seekers landing on Greek shores were issued with a Social Security Number (AMKA), which entitled them to free health care.
Speaking in Parliament earlier this week, Deputy Minister for Labour, Notis Mitarakis, said that the previous leftist administration gave social benefits and free health care to everyone that applied.
“SYRIZA was unable to properly organize the provision of health services to refugees and immigrants, and because of this impotence, it turned to the easy solution: the virtually unconditional granting of permits to everyone,” Mitarakis said.
This mechanism was responsible for “Giving the automatic and lifetime access to all the work and social benefits (unemployment benefits, guaranteed minimum income, etc.) and free access to the health system,” the Deputy Minister explained.
“This is not happening anywhere in the world,” Mitarakis asserted, saying that new procedures will be announced which will deal with the issue of benefits and health care for those who have migrated to Greece, including asylum-seekers.
Deputies from the opposition SYRIZA party blasted the government’s move, charging that the new provisions are “racist” and will leave thousands without health care.
“Patients and vulnerable groups will be left without health care and young refugee children without social security papers will be unable to enroll in kindergartens and primary schools,” said Giorgos Psychogios, the Shadow Minister on migration policy for SYRIZA.
He stated that the provision according to which children born in Greece, whose parents do not have a residence permit and will be excluded from acquiring an AMKA, is “inhumane and racist.”
“Humanity and solidarity may not touch or engage the new government. However, it is bound by European law and international treaties to provide access to health services, education and work for asylum seekers,” Psychogios added.