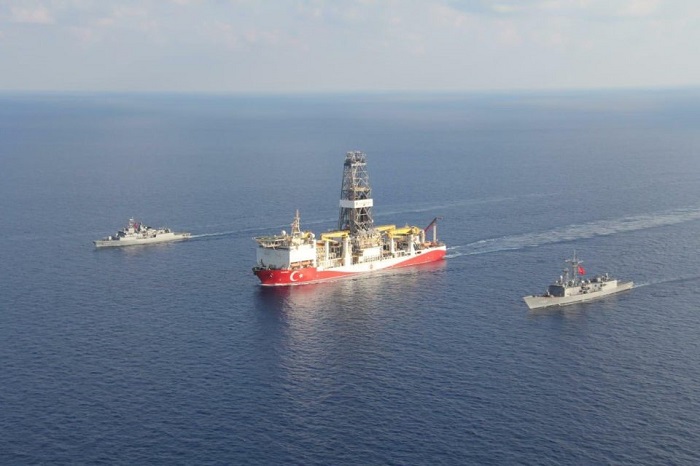 Cyprus on Friday said Turkey’s action in sending a drill ship to the southwest coast of the island and within its exclusive economic zone (EEZ) was a “severe escalation”.
The Yavuz drill ship, escorted by two Turkish frigates, has stopped about 51 nautical miles southwest of Cyprus where Greek Cypriot authorities have already awarded exploration rights to Italian and French companies.
In a strongly-worded statement, the Cypriot presidency accused Turkey of “bullying tactics of an era long gone” and called on Turkey to withdraw its assets from the area.
“This new provocation is exemplary of Turkey’s defiance of the European Union’s, and the international community’s, repeated calls to cease its illegal activities,” it said.
The government said that in flagrant violation of international law, Turkey has chosen to conduct a drilling operation within offshore exploration Block 7, which was licensed by the Republic to European companies, and lies within the EEZ/continental shelf of Cyprus.
It said this block had already been delineated in accordance with international law, between the relevant opposite coastal states, namely the Republic of Cyprus and Egypt, by means of the 2003 EEZ Delimitation Agreement.
It is stressed that “the hydrocarbons exploration and/or exploitation of the exploration Block 7 is an exclusive sovereign right of Cyprus and does not affect the rights of any third state, including Turkey.” 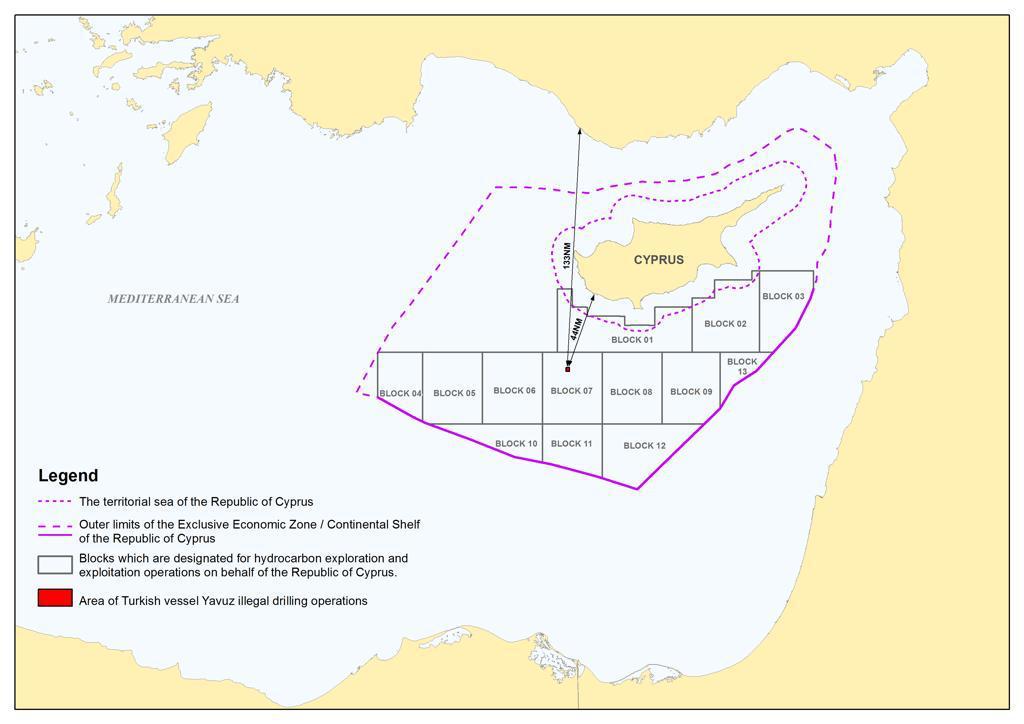 The Yavuz drill ship is at a location that Turkey calls “Guzelyurt-1” in an area claimed by Turkey.
Turkish Foreign Minister Mevlut Cavusoglu said Thursday that Ankara was conducting activities within Turkey’s continental shelf while Turkey’s Energy Minister Fatih Donmez said the “Yavuz is moving toward the Guzelyurt-1 well where it will drill.”