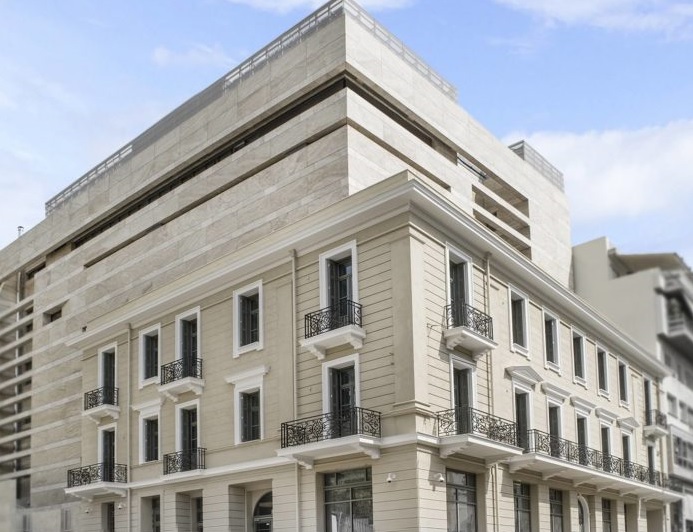 A new museum displaying international contemporary and modern art will soon open its doors in the heart of Athens.
Opening on Wednesday, October 2, after twenty-six years of planning, the time has finally come for the long-awaited opening of the Museum of the Basil and Elise Goulandris Foundation Museum, at 13 Eratosthenous Street in central Athens.
Basil Goulandris, a Greek shipowner, and his wife Elise, an art collector, founded Greece’s first museum of modern art, the “Museum of Contemporary Art Andros,” which housed over 300 paintings by Greek and international artists.
The museum, which first opened on the Greek island of Andros, was founded in 1979 as a venue for international exhibitions, but has now it found its permanent headquarters in Athens.
Since the mid 1950s until the end of their lives, Basil and Elise Goulandris created a fabulous private collection of contemporary works which represents the entire history of modern art. The 180 paintings, sculptures and artifacts are now only waiting to be enjoyed by visitors at the new state of the art facility in Athens.


A great variety of works from the period 1880-1980
Modern and contemporary art, mainly that from Europe, has pride of place in the collection, with works dating from 1880-1980. On the first and second floors of the building, visitors have the opportunity to discover works by El Greco, Cézanne, van Gogh, Gauguin, Monet, Degas, Picasso, and Toulouse-Lautrec.
There are also works from Georges Braque, Joan Miró, Wassily Kandinsky, Paul Klee, Jackson Pollock, Francis Bacon, Marc Chagall, and Niki de Saint Phalle, among many others, in the new museum for contemporary art.

A guided tour of the museum

At the entrance of the museum the visitor will be greeted by the portrait of Elise Goulandris, painted in 1966 by Marc Chagall, the renowned Russian-French artist.
Starting on the first floor, one can see El Greco’s “Holy Face of Jesus,” which he painted in the 1580’s – a work Goulandris purchased in 1956.
This is the sole representative from the art of that period, however, since the following year, Goulandris turned to collecting more contemporary art.
She purchased three works by Paul Cezanne, the French Post-Impressionist painter whose work laid the foundations of the transition from 19th-century art to a new and radically different concept of art in the 20th century.
Picasso himself characterized Cezanne as “Our teacher, father of us all.”
Goulandris also included in her collection a small self-portrait of Cezanne looking over his shoulder.
The collection includes series such as Claude Monet’s “Rouen Cathedral in the Morning,” and the fascinating sculptures “Little Dancer Aged Fourteen” by Edgar Degas, as well as “The Eternal Spring,” Auguste Rodin’s depiction of a pair of lovers.

From Van Gogh to Francis Bacon

Fascinating stories and anecdotal references by many of the artists come alive on the walls of the museum.
Van Gogh’s 1888 “Still Life with Coffee Pot” painting stands out prominently in the new museum. Perhaps as a way to cope with the grinding poverty and loneliness he experienced in Arles, the 35-year-old painter illuminated this composition in vivid yellows, oranges and blues, transforming the everyday objects into visual treasures.

Next to this work is “Still Life with Grapefruit,” painted in 1901 or 1902, by van Gogh’s friend Paul Gauguin. The walk through the history of Western art continues on the second floor of the museum with later works by Wassily Kandinsky, Paul Klee, and Francis Bacon, the Irish-born English figurative painter.

The 3rd and 4th floors of the new museum are dedicated to modern and contemporary Greek artists, with works by George Bouzianis, Yannis Tsarouchis, Nikos Hadjikyriakos-Ghika, Yannis Moralis, and others.

The Goulandris Foundation also respected its founders’ desire for a room dedicated to their impressive collection of French furniture. This is also the new home of the Goulandris’ collection of Chinese objets d’art.
The first volume of a series of books comprising an overview of the Goulandris Foundation’s collection, it is dedicated to modern art from 1870 to 1945, and will be on sale at the museum beginning October 2.
At almost 600 pages, the volume represents the most detailed possible exposition of all the works in the Goulandris Foundation Museum.
The second volume of the collection, on art after World War II and contemporary art, will be available in May of 2020.
In addition to the exhibition, the museum has a shop, a café-restaurant, an art library, and a children’s laboratory, as well as a modern 190-seat amphitheater.