GRNews
GreekReporter.comGreeceMore than 800 Migrants Cross into Greece in Less than 48 Hours 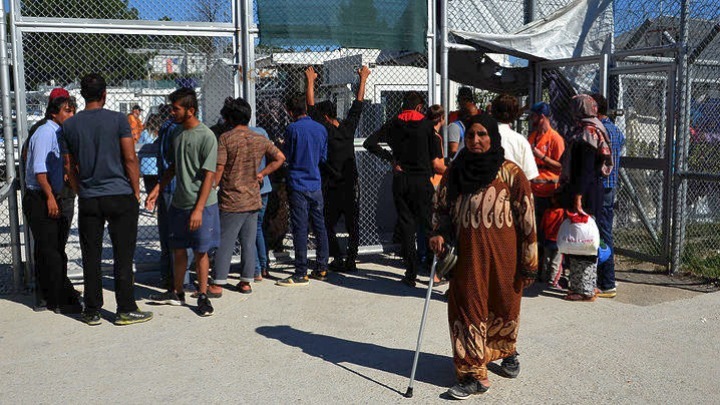 A total of 360 refugees and illegal migrants were registered just from midnight Tuesday to 4 PM the same day at the Moria Reception and Identification Center on the Greek island of Lesvos, authorities reported on Tuesday.
Some 62 of these arrived at Limnos Island on Tuesday and were transported to Lesvos by boat. At the same time, 109 people arrived at Chios and 16 others landed at Samos.
Some 485 people had reached North Aegean islands by 4 PM on Tuesday.
A total of 347 refugees and illegal migrants arrived yesterday, with 147 at Lesvos, 75 at Chios and 116 at Samos.
According to data obtained by the North Aegean Police Directorate, 832 new asylum seekers were registered at reception facilities of the three islands in less than 48 hours.
Transfers of refugees from islands continue
A total of 150 migrants who have applied for refugee status were transferred from the small island of Symi to the camps of Kos and Leros, on Tuesday.
Citizen Protection Ministry sources told the Athens-Macedonian News Agency (AMNA) that more transfers are scheduled for this week.
Another 380 individuals were transferred from Samos to Piraeus on the Greek mainland. They will stay at the Corinth center for a few days, before being transferred elsewhere.
In addition, separate sources told ANA that another 300 individuals who have applied for refugee status on Lesvos and Chios are expected to be transferred to Piraeus.
The ministry has said that its intention is to keep up the transfers of as many individuals who are not restricted to one location as possible, from the islands to the mainland.
Source: AMNA