Bank of Greece Chief Foresees Growth Over Three Percent After 2020 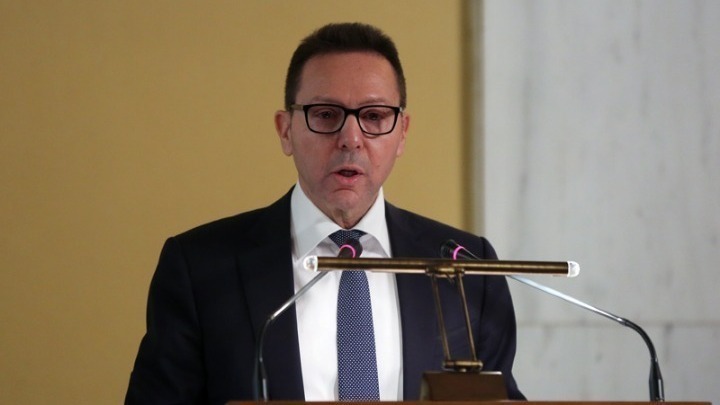 Bank of Greece governor Yannis Stournaras said on Thursday in a speech in the United States that growth rates could rise higher than three percent after 2020, given the right conditions.
Speaking at an event sponsored by the Stavros Niarchos Foundation at Yale University, Stournaras estimated that Greek GDP will grow by 1.9 percent this year, while in 2020 the growth rate will exceed 2 percent.
The Bank of Greece chief urged the government to rapidly implement its reform program in order to limit future risks and address remaining challenges. He said this is also needed to mitigate the residual effects of the financial crisis, such as the reduction of investments by 67.5 billion euros in 2010-16.
Moreover, as he pointed out, the continuation of reforms is an obligation that Greece has undertaken in the context of enhanced surveillance, as well as a precondition for the activation of medium-term debt relief measures.
He added that “increased policy credibility through the implementation of reforms, accelerating privatizations and unblocking of already-approved investment projects will increase market confidence in the growth prospects of the Greek economy.”
He also underscored the need for the primary budget surplus to be curbed, noting that the systematic overshooting of primary surplus targets over the past few years was achieved through cuts to public investments and high taxes which hampered the economy’s prospects for growth, while also reducing the competitiveness of Greek companies.