The Enduring Philoxenia of the Greek People 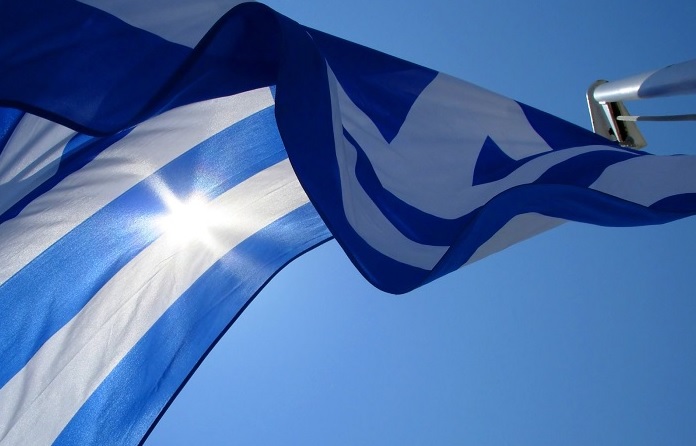 By Andrew Tzembelicos
Though I’ve become well-acquainted with Greek hospitality over the last seven years, having spent considerable time in the country, including living in Athens for two six-month stints, the kindness of the Greek people never ceases to amaze me.
This past weekend, I decided to treat my wife to an early birthday present, booking tickets to see the young Greek tennis phenomenon Stefanos Tsitsipas play at the Davis Cup, which is taking place north of Athens.
We figured to make a day of it, renting a car, clearing the decks of our work and planning for the 8 PM start of the big match. It seemed an unusual time to begin a tennis match, especially in a remote location and with sunset now happening just after 7 PM, but I’d never attended a tennis match in person before.
The day arrived, our rental car was delivered to our door and we set off. After enjoying some time outside the city, we arrived at the tennis club two hours early so we could comfortably park, change, look around the venue, and find our seats.
When we got there, the event grounds were buzzing. Suddenly, there was a huge commotion, and there he was: Stefanos himself, with excited fans chasing after him, heading to an area to sign autographs and pose for photographs. We had time, so we opted to join the queue. Soon after, we too had had our photos and our brief Stefanos moments.
We thought to quickly head off-site for a quick bite before returning to see him play. The parking lot was surprisingly empty, which seemed odd.
I asked a volunteer if he had local taverna recommendations. It was then I learned that the matches had begun at 8 o’clock that morning, so everything was finished for the day. As the habitually punctual and organized people that we were, we found ourselves completely mortified.
The volunteer, who was named John, was visibly disappointed for us. Very quickly, it also became apparent he was making it his mission try to help us remedy the matter.
He suggested we visit the ticket office, explain our situation and see if we could get replacement tickets for the next day. We huddled briefly. Realizing that we’d need to drive two hours and pay for the rental car for another 24 hours, it just wasn’t feasible for us.
That’s when John, deep in conversation nearby, jumped in again, politely suggesting that we visit the ticketing people together. Before I could say anything, I was standing outside the office while he was conversing inside.
After ten minutes, he said they’d found a solution: there weren’t any available seats as the finals were the next day, but we could pay a nominal €20 fee to the ticketing office to match the cost of final-day tickets, without having to pay for new tickets at all.
In turn, the ticketing office would give us two seats, should any became available. Failing that, John offered to set us up in a prime viewing spot outside the arena. This this all extremely thoughtful and generous, especially as the original mistake was all ours.
Everything happened so quickly that we’d forgotten that we had plans for the next day; kindly telling him that we just couldn’t return, we thanked him profusely for his efforts. Unfazed, he offered us his mobile number and said we shouldn’t hesitate to call him if our plans changed.
While we didn’t manage to see any live Davis Cup tennis last weekend, for me this story represents something else: the intersection of Greek generosity and determination, a can-do and will-do attitude that common stereotypes typically overlook.
This is the very definition of the ancient term “Philotimo.”
It is an enduring quality which epitomizes why and how the Greek people have not only survived, but thrived, over the centuries.
Andrew Tzembelicos is a Greek-Canadian writer, editor and communications consultant who divides his time between Athens and Vancouver.