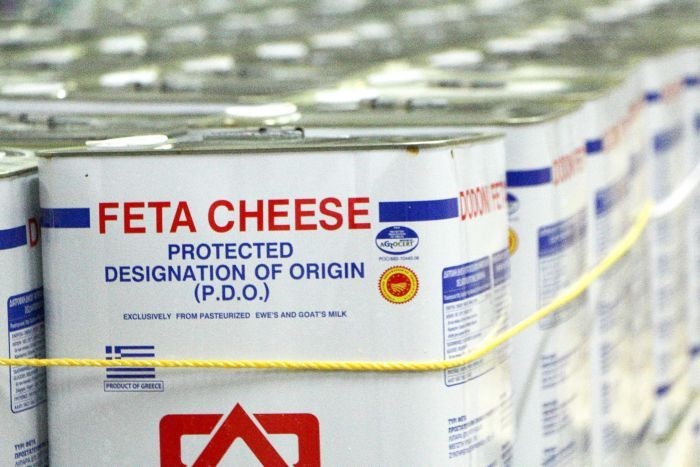 European Union and Australian officials negotiating a new free trade deal are currently trying to solve the riddle of what to call the feta cheese which is produced in Australia.

The EU wants further protections for food and drink brands throughout its region, and if it is successful, Australian feta-makers could be forced to refer to their cheese — which is Greece’s iconic white delicacy — as “Australian feta.”

“We are looking at exclusivity of the Greek cheese (feta) and we nevertheless have to take into account the Australian market and producers,” said EU lead negotiator Lionel Mesnildrey on Thursday.

He said the use of the term “feta” remained under negotiation, while other contentious cheese branding issues included Italian Gorgonzola and French Gruyere (which actually originated in Gruyere, Switzerland).

The official branding names within the EU for iconic national liqueurs such as ouzo and grappa are also currently undecided.

Many other Australian food and drink products would need to be re-named under strict changes proposed by the EU according to a proposed free trade deal.

In August, the Australian Ministry for Trade released a list of 408 products — 172 foods and 236 spirits — that the EU wants protected as Geographical Indications (GIs) as part of a trade deal between the two parties.