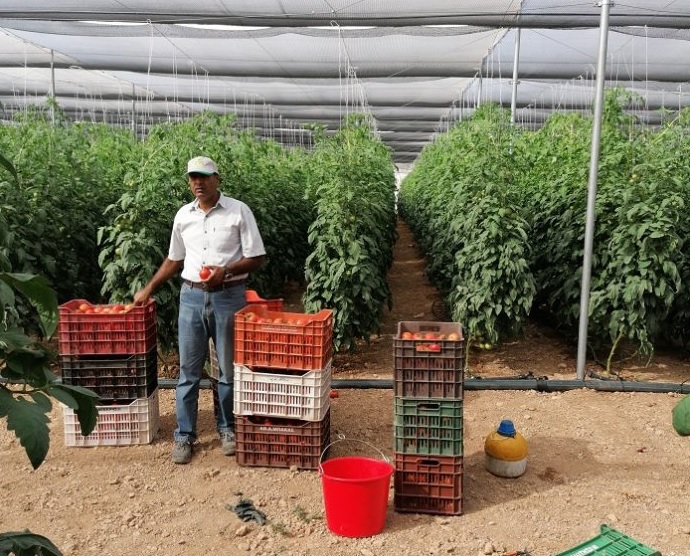 With just $200 in his pocket and his father’s blessing, Gulzar Singh traveled almost 5,800 miles from his native land of India to Greece to find a better life thirty one years ago.
And by any measure, he most certainly has done just that!
Now, at the age of forty-nine, he has been baptized in Greece (taking the name “Spyros”), and has become a very successful farmer and entrepreneur.
“My hard work has paid off,” says Singh, in a recent interview with the Athens News Agency (ANA). “Today, I cultivate 1,000 acres of Greek land in Megara, Evia and mountainous Corinth. I also own 22 acres of tomatoes that I cultivate with two nets, which is an innovative and economical method.”
When the successful entrepreneur traveled to Greece so many years ago with three of his friends, during the flight they talked about what they would do when they arrived in the “Land of Opportunity” as they saw it.
Singh said that the trio of friends only had 15-day visas for visiting Greece. He added that, however, “My father, a farmer himself, gave me $1,200 for a plane ticket and $200 for my first expenses, and he told me that this money was all he had. He then gave me his blessing so I can find my destiny in Greece, which is a country I loved from a young age.”
The Indian farmer’s three friends returned to Punjab upon the expiration of their visas, but he himself had already begun working in the fields of Oropos, in east Attica, from the first day he had set foot in Greece. 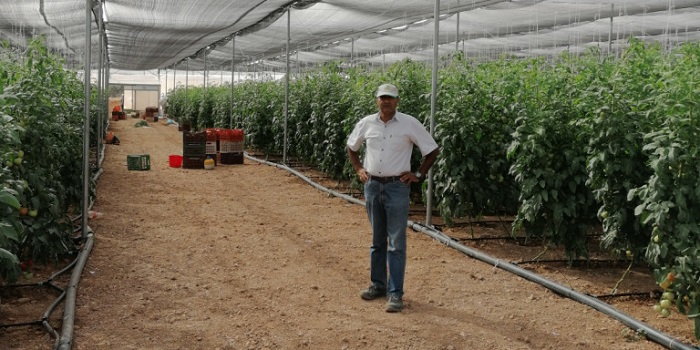 “I worked all day long, for several years; I was just working and saving,” Singh explains to ANA.
“When I first came to Greece I was writing to my parents in India every day, just as they (wrote me). Then, as time went by, I got close to my boss, with whom we are now family, and colleagues working on adjacent estates… my work started to grow,” he says.
“So, because of a lack of time, I wrote a letter a week to my family and then every month. Eventually, I visited them after ten years of staying in Greece, and while it was a great pleasure being in my parents’ house, I missed my people in Greece from the very first day in India”, the farmer added.
Finally, in the year 2000, the Indian farmer with the Greek heart, having managed to raise 5 million drachmas, made his first investment and bought 25 acres of land in Greece.
Today, he lives happily with his Indian wife and their two children, sixteen-year-old Alexander and twelve-year-old Anna, in his beloved country of choice, Greece, overseeing his fruitful lands in Megara, Evia and Corinth.
Singh’s life is a living example of what can happen with just $200 and a dream — as long as one works as hard as he did to make it come true.